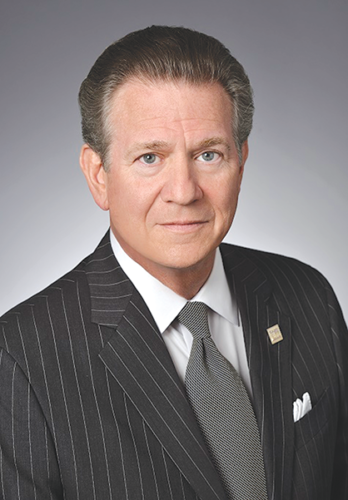 The Beverly Hills Bar Association and Foundation has announced that Marc R. Staenberg will retire as CEO, effective on Dec. 31. Staenberg, who had a 16-year tenure with the legal organization, will be named CEO emeritus upon his retirement. The BHBA’s board of governors is forming a search committee to find a new CEO.

“It has been a tremendous honor to serve the Beverly Hills Bar Association and its members to advance the legal field,” Staenberg said. “I am deeply grateful for the opportunity to work with such talented and engaged attorneys and I thank them for allowing me to help support their practices, professional priorities and steadfast regard for the law and commitment to justice. I also thank the staff for their dedicated efforts to forward BHBA’s mission each and every day. I am confident that the board of governors will select a new leader who will foster the organization’s deeply held core values while taking the BHBA to new heights.”

The Beverly Hills Bar Association, founded in 1931, is the fifth largest bar association in California. Its mission is to serve its members, lead the legal profession and advocate for justice in the community.

Staenberg, a member of the BHBA since the mid-1980s, previously served in a volunteer role as chair of the Entertainment Law Section. He was also a board member and officer who served as president of the association. Prior to becoming BHBA’s CEO, he was an entertainment attorney in private practice, specializing in transactional matters and litigation, including the successful representation of songwriters (Ritz v. Gaye) and the landmark victory in BMI v. Hirsch. Staenberg was formerly an attorney and advisor for the Department of Defense, Office of General Counsel (1973-1975) and a senior attorney for the Office of Legal Director in the U.S. Nuclear Regulatory Commission (1975-1980), in Washington D.C.

“We salute and celebrate Marc for his vision, tenacity, diplomacy, creativity and fortitude, and thank him for his exceptional stewardship that has made the Beverly Hills Bar Association a standout among its peers,” said BHBA President LaVonne Lawson. “Marc has been an extraordinary leader, creating an incredible legacy during both challenging and remarkable periods in the Beverly Hills Bar Association’s history. He provided stability and a way forward during the bar’s tumultuous times and also oversaw the development of the organization’s new state-of-the-art facilities, [which are] so vital to advancing its trajectory in the decades to come.”