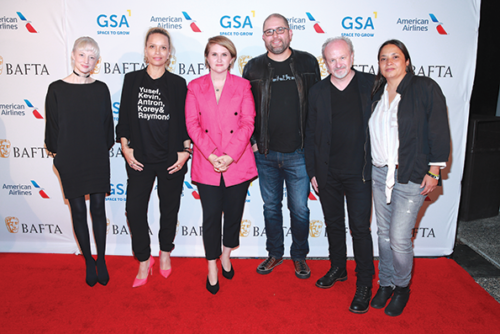 The British Academy of Film and Television Arts has announced the winners of the 2019 BAFTA Student Film Awards, presented by Global Student Accommodation, in a gala ceremony and presentation on July 9 at the Broad Stage in Santa Monica.

Additionally, the BAFTA-GSA Short Film Commissioning Grant was awarded to Drama Del Rosario from New York Film Academy for his documentary, “I’m Okay (And Neither Are You),” and Lola Blanche Higgins from AFI Conservatory for her short film project, “Kissy and the Shark.” Drama Del Rosario and Lola Blanche Higgins will share the $12,000 commissioning grant, which was launched this year to provide filmmakers with a platform to raise awareness and encourage change in how wellbeing is understood amongst 15- to 25-year-olds.

“I was very surprised at how human every single story I saw was – everything from the documentaries to the live action fiction to the animation – everything was so extremely human and personal. I cried with laughter and then I cried with tears of emotion just at how amazing they all were,” Cooley said. “I’m not worried about the future of filmmaking at all. All I know is I’m going to get stock in Kleenex because these films were so emotional in such great ways. I’m so honored to be here.”