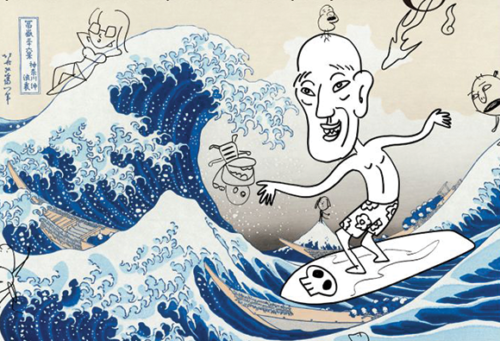 Many fans consider Hokusai the father of modern manga. Unlike past exhibitions of the artist’s work, “Manga Hokusai Manga” approaches the Hokusai Manga from the perspective of contemporary Japanese comics, focusing on genre, pictorial storytelling and participatory culture rather than the integration of word and image, or the role of popular characters. The exhibition invites viewers to ponder their own notions about manga by comparing works from different periods while exploring their diversity.