A mural with a message 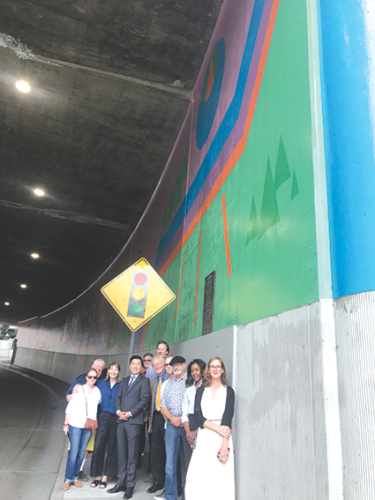 On July 22, Los Angeles City Councilman David Ryu, 4th District, helped celebrate the restoration of the “Blue Moon Trilogy” mural, which is located on Odin Street underneath the Hollywood (101) Freeway near North Highland Avenue and the Hollywood Bowl.

The mural, completed in 1987 by Russell Carlton, was painted to honor all those affected by the AIDS crisis. Carlton died of an AIDS-related illness in the 1990s.

The mural had been defaced with graffiti, and the restoration work was made possible by Ryu, Patty Dryden and Orrin Feldmen of the Hollywood Hills West Neighborhood Council, the Los Angeles Department of Cultural Affairs and conservator Scott Haskins.