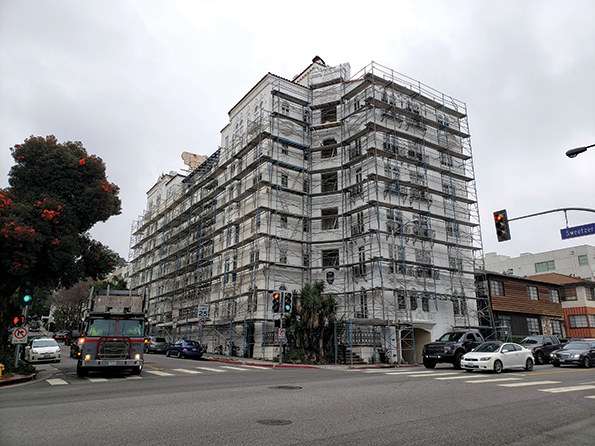 It’s been vacant for nearly a decade, but progress is being made on restoring and remodeling the historic El Mirador apartment building in West Hollywood.

Jerome Nash, the owner of the seven-story, 32-unit building at 1302 N. Sweetzer Ave., said he’s working to capture some of the original craftsmanship of the El Mirador while updating the units with the necessary infrastructure for modern amenities. For instance, while the original mahogany doors are being stripped and restored, the newly renovated units will have insulated walls, ventilation, and central heat and air conditioning, all of which the 38,000-square-foot building previously lacked. Some apartments will also feature skylit marble showers and glass-topped outdoor terraces.

“If you’re going to do it, you want the best materials that are going to last and have integrity,” Nash said.

The El Mirador was constructed in the 1920s and opened in 1929. It was declared a West Hollywood Cultural Resource in 1992.

Nash said El Mirador was built by Hollywood studios, explaining why so much of the building has a theatrical flair. At times, it was home to show business luminaries like cinematographer Conrad Hall of “Butch Cassidy and the Sundance Kid,” singer and actor Burl Ives, and actress Jean Harlow.

“I look at myself as more of a steward of the building than anything else,” Nash said.

For nearly a decade, Nash has been landlord of the empty building. In 2010, he used the Ellis Act – which allows landlords to evict tenants if they are leaving the rental business – to remove the El Mirador’s residents.

Since then, the building has been the subject of a struggle between Nash and the West Hollywood City Council. At one point, Nash reportedly threatened to tear it down, but in 2012, Nash and the City Council reached a deal. As an incentive for rehabilitating the building, Nash was allowed to convert it into an urban inn or a condominium complex, though the building currently remains permitted for residential use as apartments, according to the city’s Planning Department. Nash did not make clear his plans for the El Mirador.

The rehabilitation work has taken years, and some work permits were still being issued as recently as 2017, said Antonio Castillo, an associate planner with city of West Hollywood.

“It’s a full restoration of a designated cultural resource, both interior and exterior. That’s a big part of the process,” Castillo said.

Castillo said with some small exceptions – like if construction crews needed to close surrounding streets – the project has all of the approvals it needs, and all rules for rehabilitating a landmark have been followed.

The units are still “so far off” from being tenant-ready, and for now, Nash said he’ll only give neighbors tours of the building because they’ve shown how much they care about the El Mirador.

Nash said he’s not sure how much longer work might take – possibly between a year or a year and a half – but he said he’s focusing on getting the work done well and bringing the building “back up to a new life.”

“It’ll be done when we get it done,” Nash said. 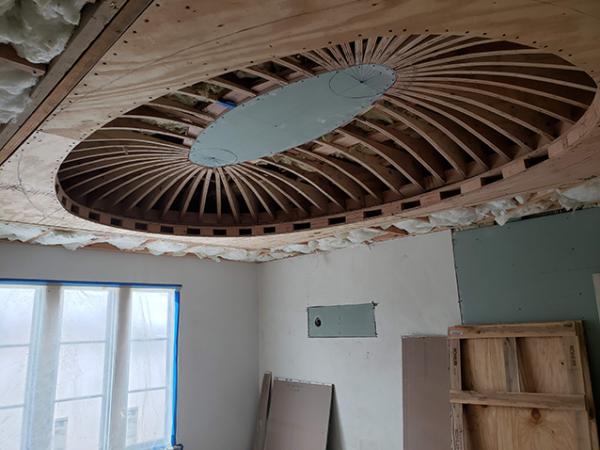 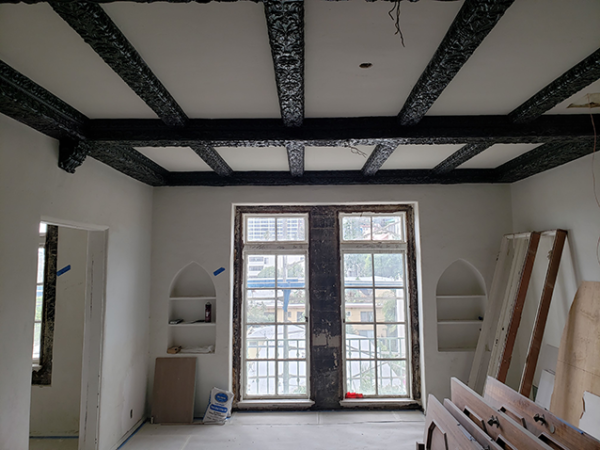 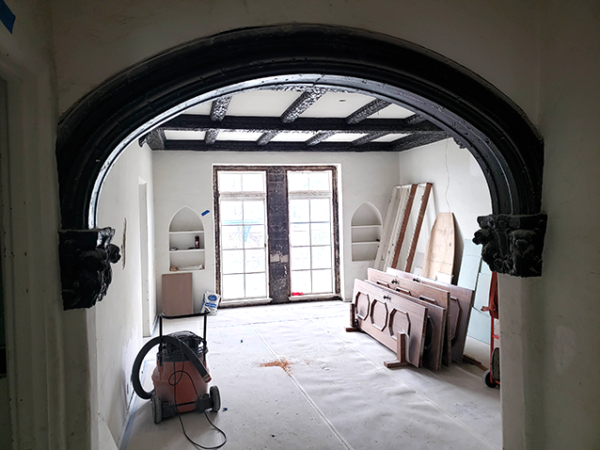 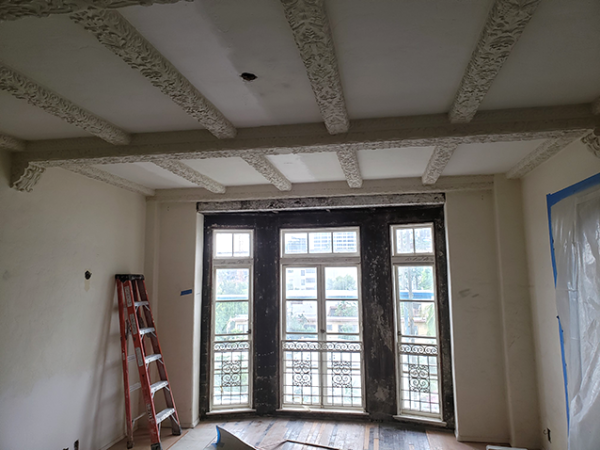 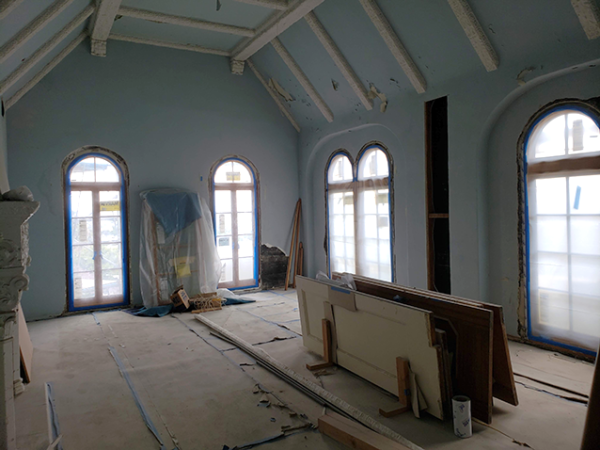 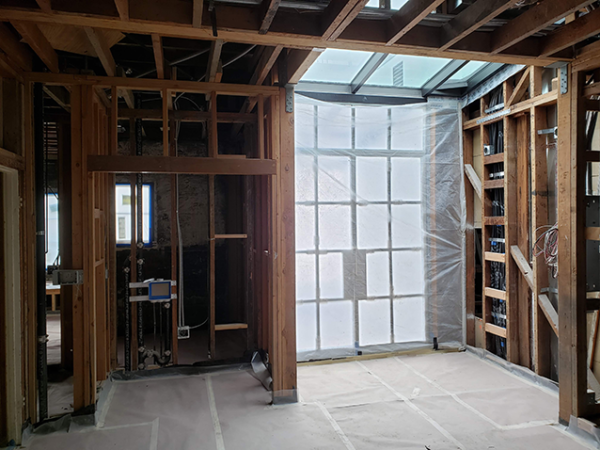 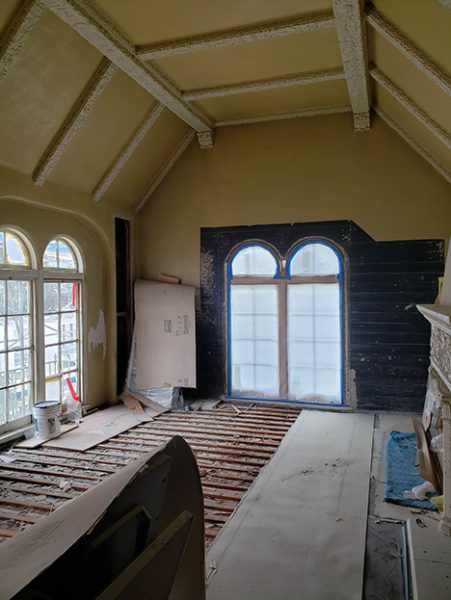 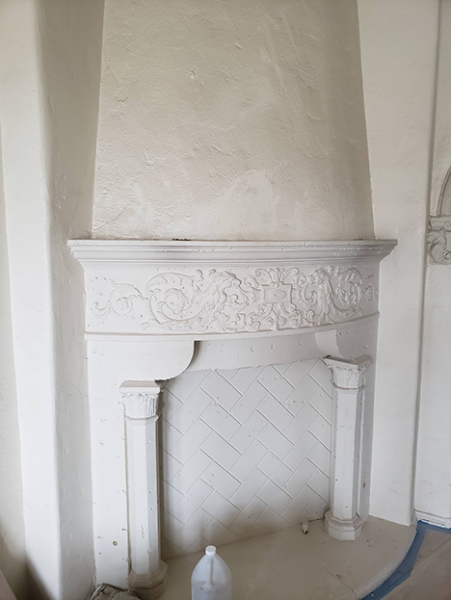