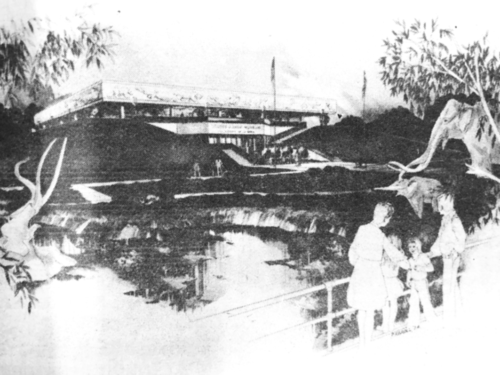 The April 24, 1975, issue of the Park Labrea News showed a rendering of plans for the George C. Page Museum of La Brea Discoveries, a new $2.5 million, 48,000 square foot facility that was planned on Wilshire Boulevard in the Miracle Mile. The museum opened its doors in 1977 and remains a popular destination for residents and visitors. Now called the La Brea Tar Pits and Museum, plans have surfaced to reimagine the museum and its surrounding campus to better serve the needs of visitors and scientists who analyze fossils removed from the bubbling tar pits. The Natural History Museum of Los Angeles County, which oversees operations for the La Brea Tar Pits and Museum, has selected three consulting firms that will create a vision for the museum’s future.