VINTAGE: From freeways to subways 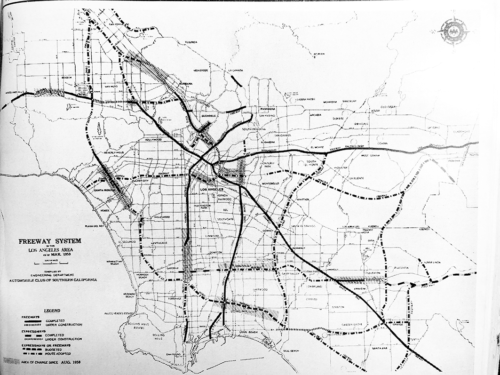 The cover of the June 11, 1959, issue of the Park Labrea News showed a map of Los Angeles’ freeway system, which was largely under construction at the time. While the Hollywood, Pasadena and Harbor freeways were operational, many others had yet to open, including the Santa Monica, San Diego and Ventura freeways (denoted by the broken lines). The image offered a glimpse into the future of the region’s transportation system, and an accompanying article encouraged readers to cut it out and place it in their vehicles’ glove compartments for use as a map. Sixty years later, the transportation system in Los Angeles continues to expand, and projects now primarily involve light rail and subway. Metro continues work on its Purple Line Extension project under Wilshire Boulevard, with a segment from Western Avenue to La Cienega Boulevard scheduled to open in 2023, and the complete extension to Westwood scheduled to be operational in 2027.

Latest ‘Men in Black’ film may be derivative, but it’s not as unwatchable as critics claim

Take a sweet ride after the Honey Harvest Festival