The calligraphy is on the wall at LACMA 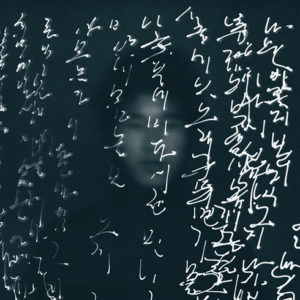 Kyungwoo Chun’s 2004 chromogenic print “Light Calligraphy #1” will be featured in LACMA’s “Beyond Line: the Art of Korean Writing,” which opens Sunday, June 16, and will be on display through Sept. 29. (photo courtesy of Kyungwoo Chun/Los Angeles County Museum of Art)

The Los Angeles County Museum of Art presents “Beyond Line: the Art of Korean Writing,” the first major U.S. survey to examine the history of Korean calligraphy.

Curated by Stephen Little, Florence & Harry Sloan Curator of Chinese Art and head of the Chinese, Korean and South and Southeast Asian Art Departments; and Virginia Moon, assistant curator of Korean Art; “Beyond Line” explores the role of calligraphy in Korean society by looking at the lives and legacies of writers from prehistory until the present day, a narrative spanning nearly 2,000 years.

Featuring nearly 90 works, the exhibition focuses on the people – royalty, scholars, diplomats, monks and artists – who produced calligraphic works in a variety of media including paper, stone, ceramic, wood, metal, lacquer and textile.

“‘Beyond Line’ is the first exhibition of its kind outside of Korea and we hope that the scholarship from this exhibition will illuminate the humanity of a country through its writing,” Little said.

The exhibition demonstrates the important historic and social role of writing and calligraphy in Korean society and how calligraphy has developed as an art form throughout Korean history.

“The historical significance of Korean calligraphy can only be realized by taking the subject all the way to the present to show its development, the historical factors that affected it, the political issues that propelled it and the current issues that sustain it,” Moon said.

Accompanying the exhibition is a fully illustrated catalogue with essays by curators and academics, making this the first published overview of the history of Korean calligraphy in any western language.

“This art form is both a conveyer of content and an abstract art of the highest degree of intellectual and artistic refinement … To have this groundbreaking exhibition presented in Los Angeles is incredibly special since the city is home to the largest Korean population outside of Korea,” said Michael Govan, LACMA CEO and Wallis Annenberg Director.