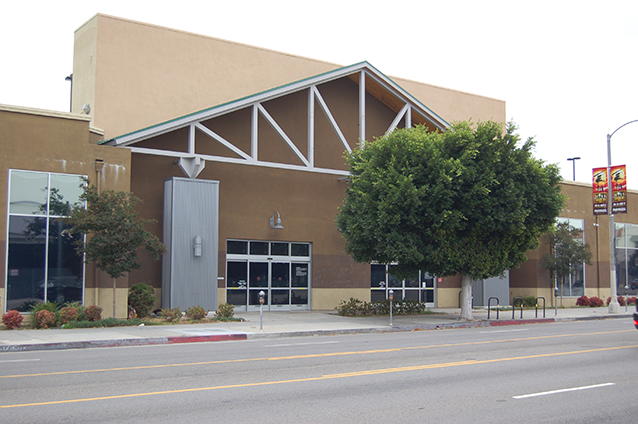 A Target store will open in 2020 in a building on La Brea Avenue that has remained vacant since an Orchard Supply Hardware store closed last year. (photo by Edwin Folven)

Target Corporation has announced plans to open a store in a vacant space at 415 S. La Brea Ave. that was formerly the site of an Orchard Supply Hardware store.

Plans call for a 2020 opening in the approximately 59,000 square foot building. Target declined to provide any further details.

Target Corporation spokeswoman Liz Hancock said more details will be provided closer to the stores’ opening dates. The Orchard Supply Hardware store opened in 2014 and closed last fall after Lowe’s Companies, which owned the chain, dissolved the company and closed all 99 OSH stores. Local leaders said they are optimistic about Target opening at the site on La Brea Avenue just north of Sixth Street.

“I am glad this storefront will not sit vacant, and I hope this business adds a positive resource to this great neighborhood,” said Los Angeles City Councilman David Ryu, 4th District.

“There is a lot of empty space on La Brea so it’s good to have something else going in there,” added Stephen Kramer, president of the Greater Miracle Mile Chamber of Commerce. “They run a good operation and serve a need.”

Los Angeles City Councilman Paul Koretz, 5th District, a Beverly Grove resident who represents the neighborhoods west of La Brea Avenue and north of Third Street, said he was pleased to hear the empty OSH space will be occupied, but worried that Target is “over-saturating” the area.

“It’s great when you have retail going into a space like this,” Koretz said. “Hopefully, it will be well-received by the neighborhood.”

That will be very nice to have a target
Where orchard used to be.

There will now be 3 targets within a mile of each other. No bueno

Much needed for that slum area. The addition will add flavor, variety and a sense of direction for future businesses coming in. Hip Hip Hooray!

Can we get an update on this project Park La Brea News? The logos are going up today and we haven’t heard a peep about this since last year. Gracias.