Reconfiguration plans in Beverly Hills move forward through the summer 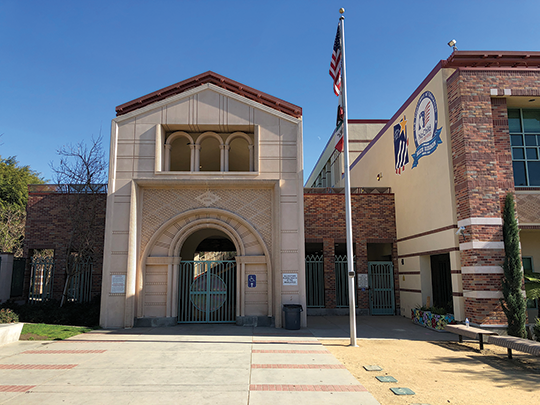 Preparation for the Beverly Hills Unified School District’s reconfiguration will continue through the summer, as teachers, staff, administrators and students get ready for the district’s first school year in a new K-5, 6-8 model.

The district’s four K-8 schools were hallmarks of the community for generations, but students in the 2019-20 school year will enter either Horace Mann or Hawthorne, which will be K-5 schools, or Beverly Vista, the new 6-8 consolidated middle school. El Rodeo is closed for two years of construction.

Part of the work involves moving furniture, equipment and teaching materials as district staff prepares the buildings to accommodate the new configuration.

“If you’ve ever moved from one house to the next, it’s a great time to kind of lighten the load, if you will,” said Jeff Pylman, the district’s executive bond program manager, during a school board meeting earlier this month. “We have a lot more material and equipment, older equipment, stored than I think we thought we had until we began cleaning out these campuses.”

The community had been divided about reconfiguration before the school board voted to approve it in October 2018. Noah Margo, school board president, said earlier this year that the buy-in from the community has been improving in the months following the vote.

“There is something going on at every site, either reconfiguration or the bond program, and this is really encouraging to see the progress that we are finally making in this district,” he said at the June 11 school board meeting.

Declining enrollment, subsequent overstaffing of teachers and staff, and statewide changes to funding for public schools have contributed to the cuts in programming that led to the decision to reconfigure the longtime model of four K-8 schools. The board voted nearly two years ago to move forward with reconfiguration after lengthy deliberation and public comment. School board member Tristen Walker-Shuman said the progress has been “remarkable.” She had not yet been elected to the school board at the time of the reconfiguration vote, but advocated for reconfiguration as part of a Future Focused Schools Team assembled by district administration to make a recommendation to the previous iteration of the board. The construction is funded by Measure E, a $334-million bond measure approved by Beverly Hills voters in 2008, and Measure BH, a $385 million bond measure approved by voters last year.