The California State Assembly upheld a bill to allow cities and counties to start their own public banks and divest from big Wall Street banks. 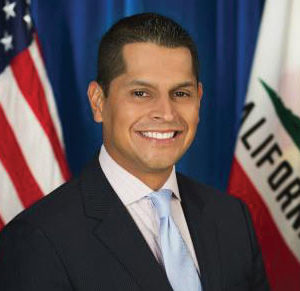 This marks the first time in California history the legislature of the fifth largest economy in the world has moved forward a bill enabling local governments to create their own public banking option. The measure, joint-authored by Assemblyman Miguel Santiago (D-Los Angeles) and David Chiu (D-San Francisco) passed on a 41-29 vote.

“Big banks have had a chokehold on California communities for far too long,” Santiago said. “This historic vote sends a clear message to billionaires on Wall Street that we’re going to change the paradigm and put people over profits – not the other way around. I’m grateful for the outpouring of support from inside and outside the Legislature to get AB 857 over the finish line.”

For municipalities in California, banking with Wall Street means their local revenues are used to bolster industries – like Big Oil and the NRA – that run contrary to many of the state’s deeply-held values. A public banking option would allow those local governments to invest instead in infrastructure projects, environmental justice initiatives, low-interest home and student loans, and other projects that benefit their communities.

Under The Public Banking Act, all public deposits will be fully insured and collateralized, and all banks must be approved by both state and federal regulators as well as local governing bodies.

The bill is pending in the senate.

Reward offered in robbery and murder on La Brea