Classic rock fans can enjoy an all-star musical performance and help in the fight to end homelessness at California Saga 2, a concert on Wednesday, July 3, at the Theatre at Ace Hotel. 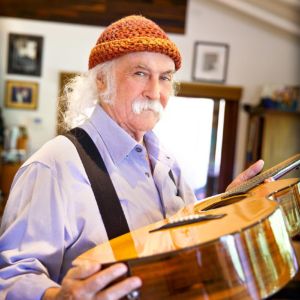 California Saga 2 will feature performances by Rock ‘n’ Roll Hall of Famers David Crosby, who will be joined by James Raymond, and Al Jardine, who will perform with Matt Jardine. It also includes performances by The TRIBE, a collective of over 30 talented musicians who have performed in many popular bands.

Drummer Kevin Wachs, a member of The TRIBE, said California Saga 2 is the latest in a series of all-star philanthropic concerts held since 2015. Wachs is also with the Get Together Foundation, a nonprofit based in the San Fernando Valley focused on ending homelessness.

Wachs said the issue became personal a couple of years ago when he noticed homeless individuals living on the streets near his Chatsworth office. He said the area is among the most affluent in the San Fernando Valley, and the homeless individuals illustrated that the problem affects everyone.

“All of a sudden, I realized the homeless problem had come to me. There were people living right outside our business in tents,” Wachs said. “That was the thing for me, that we need to address this problem. What’s going on is not necessarily what you read about or see in the news. They are not all drunks, they are not all lazy, they are not all drug addicts. Nobody should be starving and living on the streets.” 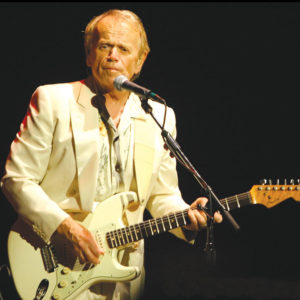 Musician, singer and songwriter Al Jardine will co-headline the California Saga 2 concert in the Theatre at the Ace Hotel. (photo by Trisha Campo)

The Get Together Foundation has a food truck that travels to different shelters and other locations to serve meals. Because Wachs has connections with many people in the music industry, he decided to reach out and see if some would be willing to perform to raise money for programs and awareness about homelessness.

“I’m of the theory that if you ask somebody, the worst thing they can say is ‘no’,” Wachs added. “We have a lot of connections. They are nice people. They recognize their participation can do something good.”

“There will be a silent and live auction, but mostly it’s a concert,” Wachs added. “It’s going to be a great time.”

The performance will benefit the Get Together Foundation and its partners the Hope of the Valley Rescue Mission and the Midnight Mission downtown. The three nonprofits provide help for tens of thousands of homeless individuals and families. Wachs estimates the concert will generate approximately $250,000.

Tickets to California Saga 2 start at $25. Doors open at 6:30 p.m., and the concert is at 8 p.m. The Theatre at Ace Hotel is located at 929 S. Broadway. For information, call (818)727-7884, or visit gettogetherfoundation.com and tribetheband.com. For tickets, visit theatre.acehotel.com/events/california-saga-2-all-star-charity-concert.