Man arrested for sexual assaults on Wilshire and Olympic corridors

A 32-year-old man has been arrested for allegedly sexually assaulting four victims on June 12 along the Wilshire and Olympic boulevard corridors. 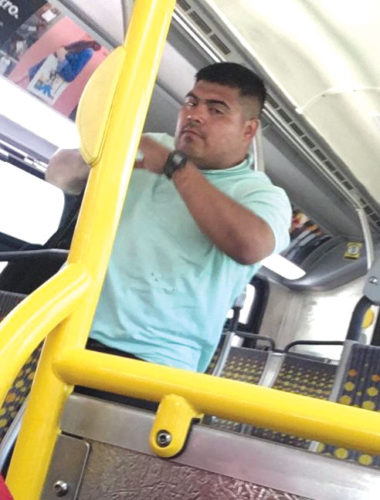 Police released images of a male suspect wanted for sexual assaults on June 12, and an arrest was made three days later. (photo courtesy of the LAPD)

Police announced the arrest, but released few details about when and where the crimes occurred.

The suspect, Carlos Vasquez Castro, was arrested at approximately 5:30 a.m. on June 15 at an undisclosed location in Los Angeles and was booked for felony assault. He is being held on $1 million bail, said Los Angeles Police Department spokesman Mike Lopez.

The suspect was arrested in connection with sexual assaults that were committed against victims near Wilshire and Olympic boulevards, or were inside residences along the streets. Detectives from the LAPD’s West Bureau are investigating, and would not divulge any further information because they are sex crimes. A photograph of the alleged suspect was released prior to his arrest.