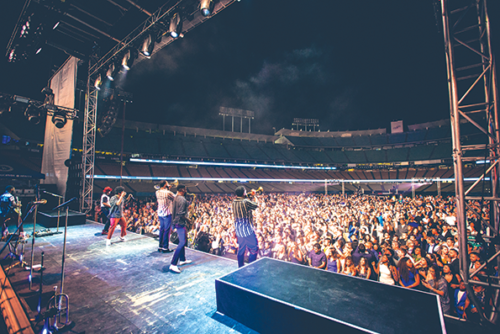 On June 12, the Los Angeles Dodgers Foundation hosted its fifth-anniversary Blue Diamond Gala, a star-studded evening that featured an exhilarating performance by world-renowned musician Bruno Mars.  Equality trailblazers Billie Jean King and Ilana Kloss were honored during the event, which raised more than $3 million and was attended by more than 2,000 guests.

Founded in 1995, the Los Angeles Dodgers Foundation is the official team charity of the Los Angeles Dodgers. An award-winning leader in sports-based youth development, LADF harnesses the power of the Dodger brand, and a passionate fan base, to significantly impact underserved youth in some of the most challenged neighborhoods of Los Angeles.

Since inception, more than $25 million has been invested in programs and grants to nonprofits to improve access to education, health care and sports. LADF serves 10,500 youth through its sports-based youth development program and provides 300,000 kids access to safe recreational spaces in their own neighborhood.