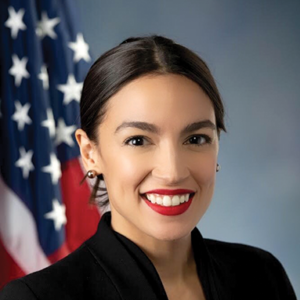 In recent days, reports of underfed, unbathed and inadequately supervised children have shocked many Americans, but so did a video of Ocasio-Cortez’s June 17 Instagram live post, where she referred to “an authoritarian and fascist presidency” that runs the “concentration camps on our southern border.”

Ocasio-Cortez was unable to be reached for comment, but Rabbi David Baron of Beverly Hills Temple of the Arts said the first-term congresswoman was using that terminology lightly. Baron, who said he had relatives die in the Holocaust, was “deeply offended” by Ocasio-Cortez’s remarks.

“It’s an outrage, in my opinion, to use the term concentration camp for anything but a place where people are tortured and on their way to extermination. It cheapens the Holocaust,” Baron said.

Other Jewish leaders, however, dispute the congresswoman’s use of the term concentration camp and agree with Baron’s viewpoints.

Rabbi Abraham Cooper, associate dean and director of the Global Social Action Agenda of the Simon Wiesenthal Center, said while the situation at the southern border is a “humanitarian disaster,” the detention facilities do not qualify for designation as concentration camps because the goals are different. The U.S. is holding migrants who are trying to make their way into the country, Cooper said, while the Nazis were actively searching for Jews to kill them.

“Nazi Germany and the Third Reich had a policy of hunting down every Jewish man, woman and child … It was an extermination,” Cooper said.

Baron holds a similar view, and said the prison camps in North Korea or in Cambodia under Pol Pot might be more appropriate examples of concentration camps because torture and death there were purposeful, and they were used as way stations to death camps. The substandard conditions in the detention centers must be fixed, he said, but the facilities don’t meet the concentration camp qualifications, Baron said.

“This is all about intent. No one is intending to move illegal immigrants from these detention centers to death camps,” Baron said.

In a joint statement made with the heads of six other Holocaust and Jewish heritage museums across the country, Beth Kean, CEO of the Los Angeles Museum of the Holocaust, called Ocasio-Cortez’s comments “completely inappropriate and offensive.”

While the migrants at the southern border are detained in “deplorable conditions,” the statement said, Europe’s Jews were used as forced labor, then murdered by the Nazis.

“Ocasio-Cortez’s inaccurate reference diminishes the inexpressible horror suffered at the hands of Adolf Hitler, the Nazi regime and collaborators, and wrongly equates current U.S. immigration policy with the systematic murder of 6 million Jews and the persecution of millions of others,” the statement said.

Kean suggested Ocasio-Cortez read the essay “Why Holocaust Analogies Are Dangerous” by Edna Friedberg, a scholar at the United States Holocaust Memorial Museum, and Baron and Cooper both suggested the congresswoman educate herself on Holocaust history by meeting with Holocaust survivors or visiting a Holocaust museum.

Cooper also said he’d like Ocasio-Cortez to apologize, though so far, she’s refused and has instead “been doubling down,” Cooper said.

“In the world we live in today, people have a right to admit they made a mistake and correct it, and I don’t think she’s done that,” Cooper said.