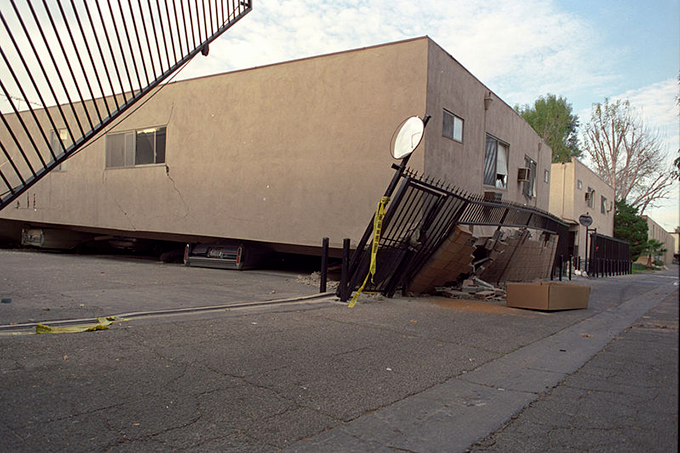 The 1994 Northridge Earthquake cause widespread damage, including an apartment building collapse near the epicenter. (photo courtesy of Wikimedia Commons)

The new bill includes $19 million for continued development and expansion of the ShakeAlert West Coast earthquake early warning system, and $6.7 million in infrastructure funding for capital costs. It also provides $570 million for the Mars Exploration Program to ensure the launch of the Mars 2020 mission and to further develop a mission to return samples from Mars’ surface to Earth, to be launched in 2026.

“Scientific research, advances and discoveries have the potential to expand understanding of our planet and the universe beyond it, and to make life better and safer for all who inhabit it,” Schiff said. “I am also pleased that the House again provided strong support for earthquake early warning, as California and the West Coast continue to rollout a system that will save lives and property when the next big quake strikes. American leadership in space exploration, scientific research and technology has long been a key driver of our economic growth and, with sustained investment, will continue to be for years to come.”

The appropriations bill also includes funding for the Europa Clipper Mission, which will launch a spacecraft into the orbit of Jupiter’s moon Europa by 2023, and a lander launch no later than 2025. It also includes $60 million for Icy Satellites Surface Technology to study landing on the surface of an icy planet. Additionally, it provides $2.023 billion for earth science studies, with an emphasis on climate change.