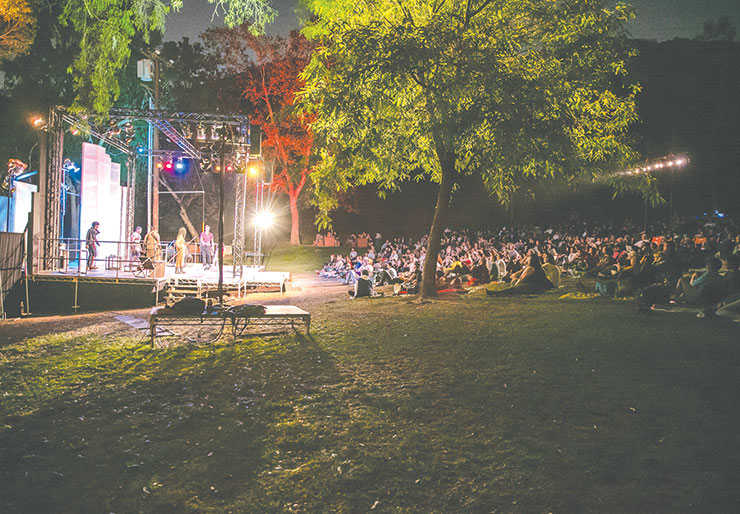 Audiences can enjoy beloved plays by Shakespeare in Griffith Park during the upcoming festival. (photo by Mike Ditz)

“Twelfth Night” will be directed by ISC co-founder and managing director David Melville. It is the first of two productions being presented at this year’s festival. “Pericles” runs from Saturday, July 27, through Sept. 1, in repertory with “Twelfth Night.”

The play is considered one of Shakespeare’s greatest works and finest comedies. A cloud hangs over the country of Illyria as Countess Olivia mourns and Duke Orsino pines. But when Viola (a young woman with a big secret) washes onshore, it soon becomes clear that you can’t keep the human spirit down for long. Music, dance and lovable misfits abound in the production set against the backdrop of the jazz era.

“Our production has a feeling of romance about it, channeling the Golden Age of American Song, the era of Cole Porter, Hoagy Carmichael and Irving Berlin,” Melville said. “The theme of music runs through ‘Twelfth Night’ and we’re taking it as a jumping off point. Our production is not set in a specific place but is influenced by 1930’s Hollywood. We capture that feeling of romance and freedom which stand in opposition to the oppressive forces of puritanism that Shakespeare is lampooning in the play through Malvolio.”