Mystique (Jennifer Lawrence) rightly points out that the most powerful mutants on the team are women, and yet the team is still called the X-Men. That nod to woman power isn’t enough to excuse yet another “Carrie” story featuring a hysterical woman who can’t control her superpowers. 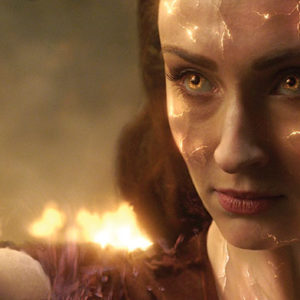 “Dark Phoenix” could be a promising story if told the right way, without regurgitating material. To director Simon Kinberg’s credit, Jean isn’t as crazy. But that key death is just another example of fridging – where female characters are killed or depowered as a plot device for male characters – that’s too common in these films. (Look up fridging’s comics history and any spoilers you wish later.)

With “Dark Phoenix,” the “X-Men” franchise fizzles out rather than ending with a bang, as abysmal box office performance proves. But rather than dwell solely on the negative, let’s take a look at the 12 films that premiered over 20 years, ranked one last time (or at least until Marvel Studios reintroduces these characters).

Notoriously condemned as the worst of the bunch, this failed attempt to kick off a series of character origin stories ruined one of the best origins. Weapon X, the project responsible for creating Wolverine (Hugh Jackman), should’ve been amazing. Instead, it spends more time depicting Logan as a lumberjack and, all around, desecrating Deadpool’s (Ryan Reynolds) freshman foray into live action.

A gang of mutants taking on the original mutant, one of the best supervillains for that matter (played by Oscar Isaac), whilst rocking ‘80s garb. Amazing premise undone by generic depiction of villainy and tiring special effects with little payoff.

The first attempt at the Dark Phoenix story backseats that gem for a boring mutant cure. And what should be a dramatic showdown between the X-Men and the Brotherhood of Mutants omits some major players (written out thanks to behind-the-scenes drama): Nightcrawler just isn’t there, Cyclops (James Marsden) dies early, Mystique (Rebecca Romijn) loses her powers and Professor X (Patrick Stewart) kinda dies in the first act (he comes back post-credits).

Wolvey takes on the Yakuza. Yes please. Wolvey fights a samurai. Please sir, may I have some more. One of those samurai packs a corny Power Rangers look and cheap special effects. Films can die in the third act.

On the positive side, introducing Dazzler (Halston Sage), the mutant pop star, is a wonderful homage to the early ‘90s series. If only this could lead to a “Jem and the Holograms” spinoff. “Dark Phoenix” is hardly the worst installment, but it feels rushed, under representing many characters. By itself, it’s a fine entry, but as the definitive sendoff, it’s unsatisfying.

Mad love for the film that kickstarted the modern wave of superhero films. It’s a modest endeavor that relies on the promise of better things to come. Still, a few splendid moments occur, including the amazing casting of Ian McKellen, though it does fail two classic characters: Toad (Ray Parks) and Sabertooth (Tyler Mane).

Not as fun as the merc with the mouth’s origin story, but the laughs keep coming and the introduction of Cable (Josh Brolin) promises more good things to come (if the film series and teased “X-Force” film survive Disney’s culling at Fox, following the recent acquisition).

This one breathes new life into the uneven franchise. Costumes finally get bold and the 1960s period allows the characters to channel a James Bond aesthetic. And the casting of Michael Fassbender as Magneto and James McAvoy as Professor X are inspired choices. (Sorry, J-Law never quite captures the comic book portrayal of Mystique, but she’s still a solid performer in any role.)

We should all be forever grateful that someone leaked the “Deadpool” test footage online, proving Fox execs shouldn’t fear an R-rated superhero film. Ryan Reynolds is Deadpool, wonderfully antagonistic and providing all the best lines. 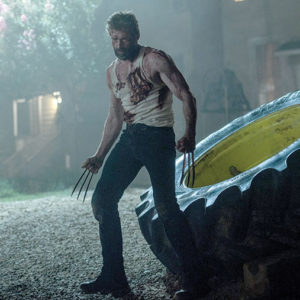 Hugh Jackman’s Wolverine film “Logan” was well-received by critics and audiences, and was nominated for an Academy Award for best adapted screenplay. (photo courtesy of 20th Century Fox)

Nothing compares. Hugh Jackman’s memorable performance comes to a fitting, emotional end worthy of that screenwriting nom Oscar granted it. And Dafne Keen as Laura/X-23 is incredible. If only her story would continue. Get on that, Disney.