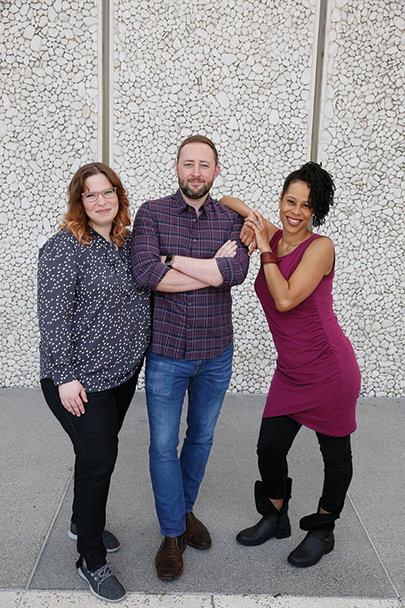 Center Theatre Group has announced the second annual L.A. Writers’ Workshop Festival: New Plays Forged In L.A., which celebrates some of the freshest and most thrilling voices in modern American theater coming out of Los Angeles.

Held at the Kirk Douglas Theatre and open to the public, the festival features readings of three new plays by three L.A. Writers’ Workshop participants from the program’s 14-year history. This year’s festival will take place on June 29 featuring readings of “Campaign” by Laura Jacqmin, “Sleeping Giant” by Steve Yockey and “Confederates” by Dominique Morisseau.

“June 29 will be a very busy, exciting day at the Kirk Douglas Theatre. Laura, Steve and Dominique have written surprising, fun, powerful plays. We are thrilled to share them with the public and to celebrate the rich and diverse community of L.A.-based playwrights,” said Neel Keller, Center Theatre Group associate artistic director. “Over the last 14 years, our Writers’ Workshop has been a creative home to 96 playwrights. We are honored to have supported all their voices and look forward to giving audiences a sneak peek at some of the wonderful new work being created by those who call Los Angeles home.”

Doors open at noon for the festival and there will be a 9 p.m. reception in the Kirk Douglas Theatre lobby following the final play reading. Refreshments will be available throughout the day.

The first reading at 1 p.m. of “Campaign” follows four men, on an island in the middle of nowhere, fighting for the mission. These men keep watch (over nothing) and swear allegiance to “protect what’s theirs” (less than nothing). Then, a woman shows up, and suddenly the mission isn’t quite so clear anymore. “Campaign” is a hilarious and absurd exploration of toxic masculinity, male trauma and bagel bites.

Readings continue at 3:30 p.m. with “Sleeping Giant,” in which a firework-filled marriage proposal goes very wrong and the explosions wake up something that’s been sleeping in the nearby lake for thousands of years. Darkly comic and sometimes startling vignettes follow the explosion and explore the lengths people go when they desperately want something to believe in.

The festival’s final reading at 7 p.m. is “Confederates,” which Morisseau first developed during her time in the Writers’ Workshop. Sarah, a savvy slave turned Union spy, and Sandra, a brilliant professor in a modern-day private university, are facing similar struggles, even though they live over a century apart. “Confederates” leaps through time in order to trace the identities of these two black American women and explore the reins that racial and gender bias still hold on American educational systems today.