Thanks for the laughs 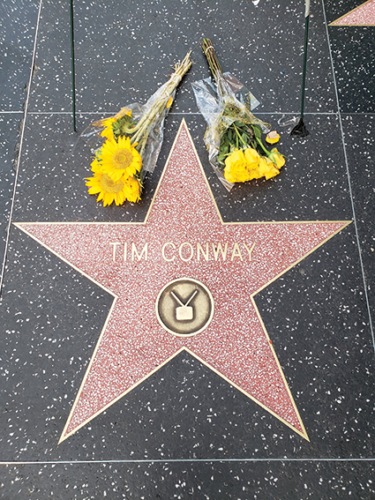 Flowers marked the Hollywood Walk of Fame star of Emmy-winning comedian and actor Tim Conway, who died Tuesday, May 14, at the age of 85. Conway, known for his work on “The Carol Burnett Show,” received his star in the television category in 1989, but he remained active in TV into the 21st century, lending his voice to the character of Barnacle Boy on “SpongeBob SquarePants” and winning another Emmy Award, his sixth, for a  guest-starring role on “30 Rock” in 2008. Conway’s star is located at 6740 Hollywood Blvd.