The Audi R8 V10 made famous by the Marvel superhero Iron Man in Marvel Studios’ “Avengers: Age of Ultron” and “Captain America: Civil War” will be on display in a deconstructed state in the grand concourse of the Petersen Automotive Museum. 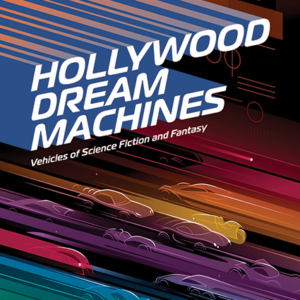 The vehicle will be featured alongside the Audi RSQ concept from “I, Robot” at the upcoming exhibit “Hollywood Dream Machines: Vehicles of Science Fiction and Fantasy,” which opens on May 5.

The unique installation, inspired by the work of famed Swiss artist Fabian Oefner, will offer visitors a unique view into the complex inner workings of the iconic vehicle. The exhibit, produced in collaboration with Comic-Con Museum, will also feature over 40 additional iconic Hollywood vehicles, artwork, props and costumes.

The unique Audi R8 V10 installation will feature an “exploded view” of the actual vehicle by suspending the car’s many components in midair on wires. Carefully staged alongside one of the iconic red and gold armored Iron Man costumes worn by Robert Downey Jr.’s character, the installation will give exhibit attendees the opportunity to contemplate the high-tech vehicle in an Instagram-ready display. In addition, the display will commemorate the 10th anniversary of the 5.2 FSI V10 engine in the Audi R8.

The exhibit will also include the futuristic Audi RSQ concept, famously driven by Will Smith in his role as Detective Del Spooner in “I, Robot.”

“We’re proud to highlight Audi and Marvel Studios’ connection in ’Hollywood Dream Machines,’” said Petersen Automotive Museum Executive Director Terry L. Karges. “This exhibit is a love letter to the science fiction and fantasy vehicles that spark our imaginations, and the amazing technology of both Audi and Iron Man are a perfect example of this.”

Other key vehicles in the display will include the Warthog from “Halo,” the time machine from “Back to the Future,” the Weyland Industries RT01 Group Transport from “Prometheus,” Bumblebee from the “Transformers” series, the GM Ultralight from “Demolition Man,” and Batmobiles, along with a uniquely immersive Microsoft HoloLens experience.

The Petersen Automotive Museum is located at 6060 Wilshire Blvd. For tickets and information, visit petersen.org/hollywood.