[Update: SB 50 has been held in committee and will not be considered until 2020]

With the fate of a controversial housing bill in the hands of the state Senate Appropriations Committee this week, local residents and city councils are voicing their own suggestions for housing policies they think would best alleviate the homelessness and affordability issues throughout California. 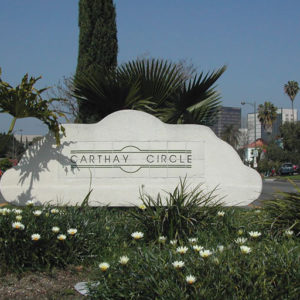 The bill, SB 50, was authored by state Sen. Scott Wiener (D-San Francisco), and would override local zoning laws to allow for more units to be built near transit and jobs. It passed two committee hearings last month.

The office of Los Angeles City Councilman Paul Koretz, 5th District, has begun preliminary research on a vacancy tax on residential property similar to one that went into effect in Vancouver, Canada. The idea was included in a presentation of 12 possible SB 50 alternatives by Brad Kane, president of the PICO Neighborhood Council and South Carthay Neighborhood Association earlier this month at a town hall.

Wiener has been saying SB 50, by changing zoning that has only allowed for single-family homes, will help reduce homelessness over time by adding to the housing stock.

“This deep shortage is damaging California’s economy, environment and quality of life,” Wiener said in a statement. “It’s pushing people into poverty and homelessness, making it hard for working families to gain a foothold, preventing young people who grew up in a community from coming back to live there, and creating a new class of super-commuters.”

But opponents of the bill say it will lead to an influx of mostly luxury units that exacerbate the housing crisis, despite SB 50’s affordable housing provisions.

“SB 50 will ultimately lead to more people out on the street,” said Koretz, who has also been speaking against another bill by Wiener that would allow cities including Los Angeles and West Hollywood to allow bars and restaurants to stay open until 4 a.m.

The councilman also said SB 50 “doesn’t make us produce units,” and might only contribute to the current backlog of approved units that have not yet been built.

Kane, who will be speaking at another SB 50 town hall at Holman United Methodist Church on West Adams Boulevard next week, said he’s disappointed that his repeated attempts to contact state lawmakers about SB 50 have not received much of a response.

“The powers that be have already decided what they want to do, and they’re not interested in the feedback from the citizens of the state,” he said.

The Beverly Hills and Los Angeles city councils have unanimously voted to oppose SB 50, although Los Angeles Mayor Eric Garcetti has not yet taken a position. The West Hollywood City Council, after remaining neutral for months, voted to oppose the bill at its last meeting.

Beverly Hills Mayor John Mirisch has suggested working with nonprofit developers to add housing, and West Hollywood City Councilman John Heilman said the state should more strictly monitor affordable housing requirements already on the books. Many cities have struggled to meet their state-mandated affordable housing goals. Some cities have affordable housing policies that they’d like to develop without interference from the state, such as the city of Los Angeles’ Transit Oriented Communities program.

State Sen. Bob Hertzberg (D-Los Angeles) was the only member of the Government and Finance Committee who voted against SB 50 during an April hearing. Sen. Ben Allen (D-Santa Monica) has “serious concerns,” according to a spokeswoman, but has not taken a position. Sen. Holly Mitchell will probably not take a position unless it reaches the Senate floor, her spokesman said. Assemblyman Richard Bloom (D-Santa Monica) has not taken a position.

Kane also said he supports other measures to improve the housing market including casitas, also known as accessory dwelling units, which could be incentivized by the state to encourage homeowners to build them on their properties; and a tax on foreign investment in real estate, similar to one that has been adopted in Toronto,

“These kind of immediate solutions make sense,” he said.

Designing a legacy to outlast a lifetime