Metro’s Board of Directors has endorsed further study of a proposal for an aerial tram that will connect Union Station to Dodger Stadium. 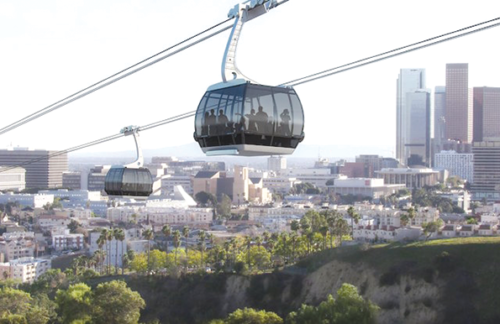 The proposal by Aerial Rapid Transit Technologies’ gondola system was introduced in 2018 and is gaining support. Metro’s board approved environmental studies for the aerial rapid transit system, confirming its oversight of the environmental review process. In keeping with Aerial Rapid Transit Technologies’ commitment to privately finance the project, the studies will be funded by ARTT, which has also agreed to reimburse Metro for staff time and services. The review process will continue through 2021.

“In another major milestone, Metro’s Board of Directors has endorsed moving the environmental review process forward for Aerial Rapid Transit Technologies’ gondola system that will fly thousands of fans from Union Station to Dodger Stadium,” project manager Martha Welborne said. “We look forward to continuing to advance this innovative and sustainable, privately-funded transportation project and appreciate the continued support of the Los Angeles Dodgers for this exciting opportunity to expand transportation options for Dodger fans.”

West Hollywood stands up to sexual violence on Denim Day