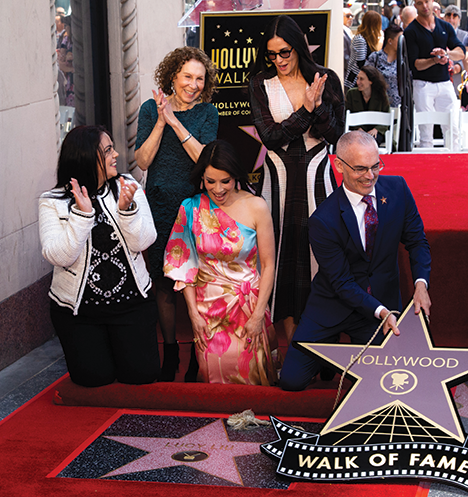 Actress Lucy Liu (center) received a star on the Hollywood Walk of Fame on May 1. She was joined by Rana Ghadban, president and CEO of the Hollywood Chamber of Commerce, actresses Rhea Perlman and Demi Moore, and Los Angeles City Councilman Mitch O’Farrell, 13th District. Liu, known for the “Charlie’s Angels” movies and television shows like “Ally McBeal” and “Elementary,” was honored in the television category, and her star is located at the corner of Hollywood Boulevard and Vine Street, in front of the bar and restaurant 33 Taps. Liu is the second Asian-American woman to receive a star after Anna May Wong, a Chinese-American film, television, stage and radio actress whose star is located near Liu’s and whom Liu credited for paving the way.

“Sometimes people talk about my mainstream successes as groundbreaking for an Asian, but Asians have been making movies for a long time,” Liu said. “They just weren’t making them here because we weren’t yet invited to the table.”

Commuters encouraged to use pedal power on Bike to Work Day