Los Angeles Chamber Orchestra held its annual Concert Gala on May 2 at the InterContinental Hotel and welcomed Music Director Designate Jaime Martín prior to the beginning of his tenure next fall. 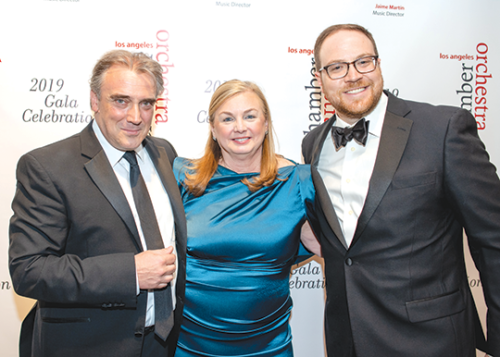 LACO ranks among the world’s top musical ensembles. Known as a champion of contemporary composers, the orchestra has received eight ASCAP Awards for Adventurous Programming. LACO is also recognized as a preeminent interpreter of historical masterworks. For information, visit laco.org.