Marvin I. Schotland, president and chief executive officer of the Jewish Community Foundation of Los Angeles, received a doctor of humane letters honoris causa degree from American Jewish University during its 2019 commencement. 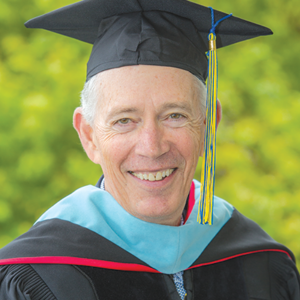 “I am honored and humbled by this unexpected recognition from American Jewish University,” Schotland added. “Whatever my accomplishments, they would not have been possible without the tireless contributions and support of the foundation lay leaders and staff with whom I’ve been privileged to work these past three decades, my loving family, and our community of donors blessed with both compassionate hearts and the resources to act.”