Goodbyes suck. Sure, the Marvel Cinematic Universe includes 22 films over an 11-year period (along with several television series across broadcast and streaming services), but time flies when you’re fully immersed in a franchise of charming characters. I could watch Chris Evans, who embodies Captain America on and off screen, take on foes and serve as the moral core of a superhero team forever. That can’t be, but “Endgame” offers the next best thing: closure. 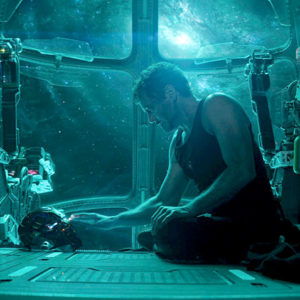 From scene one, “Endgame” goes for the heart by focusing on a character absent from “Infinity War.” Soon after, the first major death transpires: Captain America’s beard. It’s a sad conclusion for something so majestic, which we all fell in love with for a good hour and a half (longer if you count all the memes and think pieces that appeared following the first trailer). And now, like so many heroes snapped out of existence by Thanos (Josh Brolin), it leaves us too soon.

“Infinity War” provided the ultimate thirst trap of the Marvel Chrises: Chris Hemsworth, Chris Pratt and Evans. Now, add the immortal Paul Rudd. The 50-year-old comedy master who ages in slow motion is back in the mix, too, with a plan to set things right. The exact how is a well-kept secret. What I can say: “Endgame” features a fitting plotline that plays like a seasoned band’s best hits album.

While Marvel Comics date back to the early 1960s, only a decade has actually passed in the massive story’s chronology. That’s an impossibility on screen. Marvel superheroes must have closure or undergo recasts like the ageless James Bond.

Marvel Studios doesn’t seem ready to repeat the follies of the first “Batman” film series. All the actors have imprinted on these beloved characters. As we’ve previously seen, Hugh Jackman ended his run as Logan. Christian Bale’s Batman retired in “The Dark Knight Rises,” which served as a little wish fulfillment by implying Bats and Catwoman end up together, something DC Comics couldn’t even pull trigger on last year. 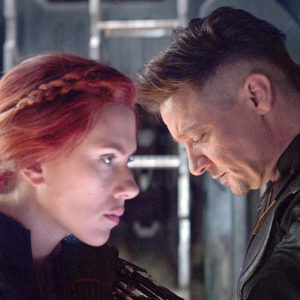 In the fortuitously titled “Endgame,” stories come to a definitive conclusion. In part, we can blame expiring contracts and actors’ desires to move on to other projects. In other cases, directors Anthony and Joseph Russo actually make choices based on larger stakes. But let’s be honest, it’s mostly in the actors’ hands at this point. Disney and Marvel Studios could do these films forever, or at least as long as they continue to rake in more than $1 billion per entry at the box office. Frankly, I’d be OK with that too; I hate saying goodbye.

But make no mistake, “Endgame” is for the fans, not general audiences. Starting with this film is like watching the finale of “Lost.” You’d be lost (wink). For plenty of critics and alleged film lovers, that shouldn’t happen. Apparently, films must cater to the uninitiated. Not so for Marvel Studios, which draws inspiration from decades of comics fandom and literacy. If you watch it all, the jokes land and heartfelt goodbyes last eternal. Otherwise, don’t bother.

The slower bits are only slow if you don’t care. But if you follow it all, those scenes don’t read like necessary exposition until the next major action sequence, but splendid moments of camaraderie and hilarious banter. Seriously, what they do with Thor (Hemsworth) is both unexpected and outstanding.

From Iron Man (Robert Downey Jr.) and Black Widow (Scarlett Johansson) to Bruce Banner/Hulk (Mark Ruffalo) and Hawkeye (Jeremy Renner), the original cast enjoys some strong story arcs, but the most developed character is Nebula (Karen Gillan). She changes the most from her debut in the first “Guardians of the Galaxy” until now, melding effectively with new team members and old ones, too.

To call “Endgame” a definitive end is disingenuous. With another two planned Spider-Man films, a Doctor Strange sequel, a third “Guardians of the Galaxy,” a Widow flick and a couple new projects announced, along with unconfirmed ones all but ensured (more from Captain Marvel, Black Panther and probably Ant-Man and the Wasp), the MCU shows no signs of hanging up any capes or masks in the next few years.

But this iteration of the Avengers team will never fight side by side again. Prepare for legacy characters taking up the banner of fallen and retired heroes, apparently a new slate of miniseries on Disney’s forthcoming streaming service (“WandaVision,” “Loki,” “Falcon and the Winter Soldier”) and whatever comes next now that Disney bought 20th Century Fox and finally owns the film rights to the X-Men and Fantastic Four. What’s next remains unknown. But “Endgame” shows us that a film studio need not rely on its most popular characters to build something emotionally compelling and narratively satisfying. Farewell for now, Avengers, or until you next assemble as something new.

High-flying season planned for the Wallis