Gray has a good day on the Walk of Fame 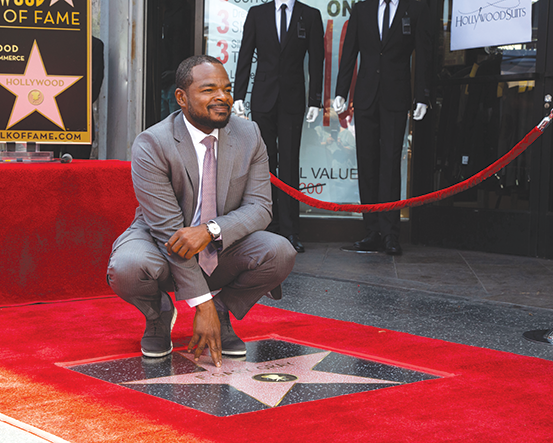 Director F. Gary Gray received a star on the Hollywood Walk of Fame on May 28.

Gray, who was honored in the motion pictures category with a star at 6426 Hollywood Blvd., is known for directing movies like “Friday,” “The Italian Job” and “Set it Off,” but he also directed music videos for acts like OutKast, Dr. Dre, Jay-Z and Ice Cube.

Actors Jamie Foxx, star of Gray’s “Law Abiding Citizen,” and Vin Diesel, star of Gray’s “The Fate of the Furious,” were in attendance to speak glowingly of the director, who was born in New York City but raised in South Central Los Angeles.

During the ceremony, Gray said he had to overcome many obstacles to reach success, and he encouraged others to do the same.

“Never let anybody take your power away from you. Wish them well and create and build … I’m not done yet,” Gray said.

All hail the mayor of Flavortown