Designing a legacy to outlast a lifetime

Twenty years after his death, Edward Fickett is still being recognized for his impact on the world of architecture. 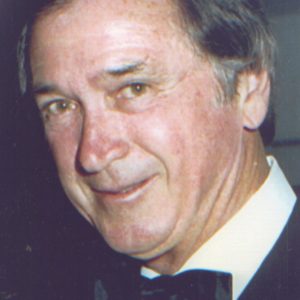 Fickett, a fourth-generation Angeleno, Beverly Hills High School and USC alum, and fellow of the American Institute of Architects, was chosen for induction into the National Housing Hall of Fame, the first time someone will be inducted posthumously. His widow, Joycie Fickett, will travel next month to Washington, D.C., to receive the award on behalf of Fickett, an architect Better Homes & Gardens once called the “Frank Lloyd Wright of the ‘50s.”

In his time, Fickett was known as an architect to the stars – clients included Irene Dunn, Dick Clark and Diana Ross – and to this day, a Google search of Fickett’s name pulls up news of celebrities buying and selling Fickett homes in modern-day Los Angeles.

Fickett designed more than 60,000 structures during his career, which spanned more than five decades and included work on everything from Edwards Air Force Base in Kern County to the Port of Los Angeles. He also helped design the seismic and historic rehabilitation of Los Angeles City Hall and worked on Dodger Stadium, where his “contribution of style and color [gave] the building a uniquely Southern California 1960s ‘modern’ style,” according to the team’s history of the ballpark.

Joycie Fickett said he’d point out his handiwork frequently as the couple went about their daily lives in the architect’s native Los Angeles. 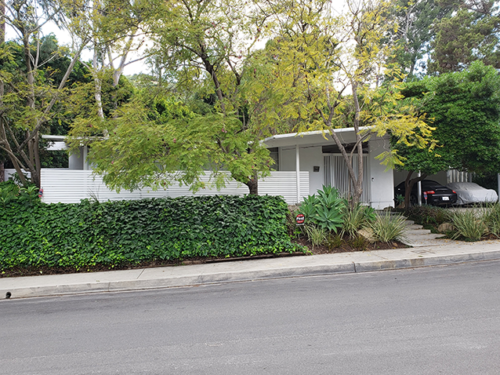 Edward Fickett designed tens of thousands of homes, including this one in the Hollywood Hills. (photo by Cameron Kiszla)

While he was proud to show off his work to his wife, he wouldn’t advertise himself or do interviews with the press, Joycie Fickett said. 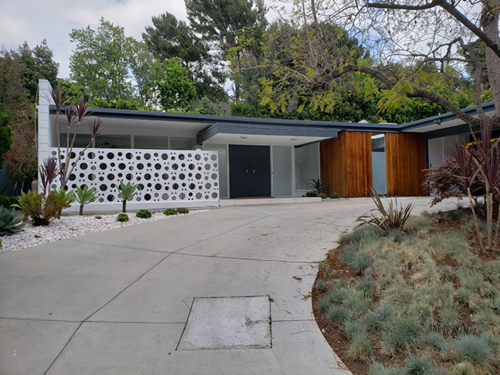 This Fickett home in the Hollywood Hills has large glass windows to allow natural light to fill the house, a hallmark of his designs. (photo by Cameron Kiszla)

Jack Pritchett, a Malibu realtor, said he’s sold some Fickett houses, and among homebuyers who search out particular architects, Fickett made a name for himself.

“I think he had a very keen eye and [developed] a great following,” Pritchett said.

Despite his lack of self-promotion, Fickett received plenty of honors in his life. He served as architectural advisor to President Dwight Eisenhower, who honored Fickett for his work, and as an architectural commissioner for the city of Beverly Hills. He won numerous awards for his architecture, and his funeral, officiated by Judge Joseph Wapner of “The People’s Court,” featured speakers like then-Gov. Gray Davis and Los Angeles Mayor Richard Riordan, as well as the reading of a letter from President Bill Clinton. 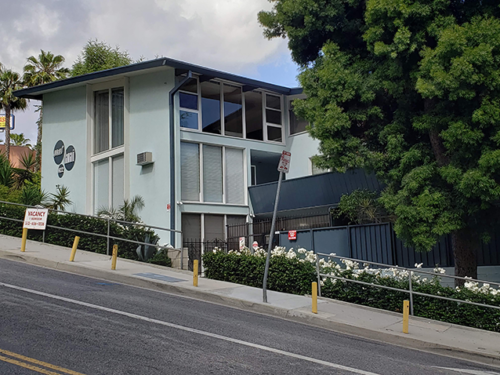 Fickett’s impact can be seen all over Los Angeles, Beverly Hills and West Hollywood, as his mid-century Modernist homes are still in demand. Fickett houses, which often featured large windows to let in natural light and bring the beauty of nature into the home, connected the home and the site, said Adrian Scott Fine, director of advocacy for the Los Angeles Conservancy.

The conservancy’s Modern Committee honored Fickett with a Modern Master award in 2011, which was presented to Joycie Fickett at the UCLA Faculty Center, which Fickett also designed.

“He’s probably one of the most prolific Modernist architects who worked in Los Angeles, yet one of the least known,” Fine said.

Fine said he and the conservancy are happy Fickett is getting the credit he deserves with the National Housing Hall of Fame induction, and he hopes the honors continue.

“It would be great to have more of his works both recognized and protected,” Fine said. 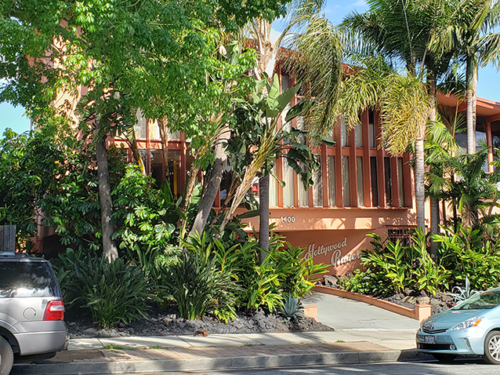