Nigel Lythgoe, of Britweek, joined Paul Crewes, of the Wallis Annenberg Center for the Performing Arts, and the city of Beverly Hills in hosting a luxury car rally on April 28. 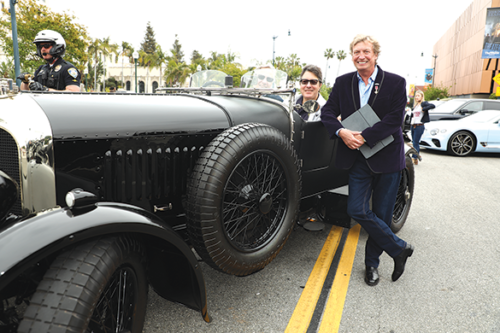 The rally was part of Britweek, an annual series of events raising awareness about partnerships between Britain and the United States aimed at advancing business, the arts and philanthropy.

The Wallis Annenberg Center of the Performing Arts also celebrated Britweek. Julia Baird, John Lennon’s sister, hosted a documentary screening to celebrate Liverpool, the Beatles’ birthplace. The movie, “The Cavern Club: The Beat Goes On,” tells the story of the Liverpool’s music scene. After the movie, the Cavern Club Beatles, the first and only resident band endorsed by the Cavern Club, performed.