Beverly Hills could become the first city in the U.S. to ban tobacco sales, pending approval of a draft ordinance that City Council members said they support at their May 7 meeting.

Exemptions would be included for the city’s three cigar lounges and for hotel concierge services that sell tobacco to hotel guests. 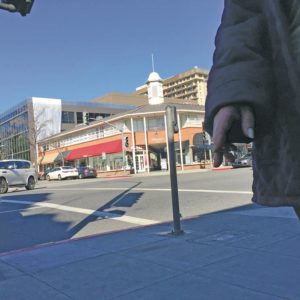 The Beverly Hills City Council will vote on an ordinance to prevent tobacco sales at its May 21 meeting. (photo by Greg Cornfield)

“This is an area in which I think Beverly Hills can be a leader,” Councilman Robert Wunderlich said. “We have been a leader in the past with a variety of things that we’ve done with smoking in restaurants, with outlawing flavored tobacco, with other steps we’ve taken, and we can continue to be a leader in this.”

There are 28 retailers in Beverly Hills with tobacco and electronic cigarette retailer permits, according to city staff, including gas stations, grocery stores and convenience stores. Some of their owners told the council during public comment that they rely on tobacco sales, and would struggle find ways to make up the lost revenue. Under the new law, they would have to stop selling tobacco starting Jan. 1, 2021, unless they qualify for a hardship exemption based on factors such as how much of their revenue comes from tobacco and whether they can develop a plan to phase out tobacco products.

Jaime Rojas, a representative from the National Association of Tobacco outlets, was one of the public speakers opposed to the ban. Logan Phillippo, a policy and management analyst for the city of Beverly Hills, wrote in a report to the council that the city is “likely to face legal challenges,” which could result in “substantial litigation expenses with the tobacco industry.” The law would face an uncertain fate in court, since no similar laws have been reviewed by the courts, the report said.

Scott McGuff, a district manager for Rite Aid, said the company’s two Beverly Hills stores, including the larger one on North Canon Drive, rely in part on tobacco sales to residents, employees who work in the city and tourists.

“What I’m majorly concerned about is the amount of companion sales that I will lose if we lose tobacco,” he said. “A lot of the workers that come into Beverly Hills purchase tobacco and other items in our store, so the loss of just tobacco sales is compounded by what else they’re buying.”

Despite the adverse effects tobacco retailers in Beverly Hills will face, and complaints from some residents about the law infringing on their personal freedom, council members said it would be another step forward for the city’s already-strict smoking regulations.

The city prohibits smoking on public rights of way or within 20 feet of open air dining areas, unless actively passing by; smoking in multiunit housing; and flavored tobacco products.

“I think we are charged with providing for the public health, and that’s really what this conversation is about,” said Councilman Julian Gold, a medical doctor. “How can we best promote the public health?”

According to the Centers for Disease Control and Prevention, 40,000 adults in California die every year from smoking-related illnesses, and health care costs due to smoking exceeded $13 billion in 2009.

Councilwoman Lili Bosse was mayor in 2014, the city’s centennial, when she supported a BH Healthy City initiative.

The council can approve the first reading of the ordinance at its May 21 meeting, followed by approval of a second and final reading on June 4.