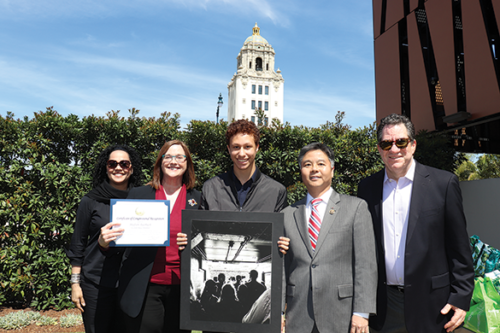 Each spring, a nationwide high school arts competition is sponsored by the U.S. House of Representatives.

The competition is an opportunity to recognize and encourage the artistic talent in the nation, as well as in the congressional district. The Congressional Art Competition is open to all high school students who either reside or attend school in the 33rd District.

“Each year I am always blown away by the talent and creativity that is displayed in the students’ artwork; this year was no exception,” Lieu said. “I am always excited to see the great talent of the students in the 33rd district. Walking by the Congressional Art Competition exhibit in the U.S. Capitol brings joy to my day. I am excited to see April’s artwork hanging in the exhibit representing our district.”