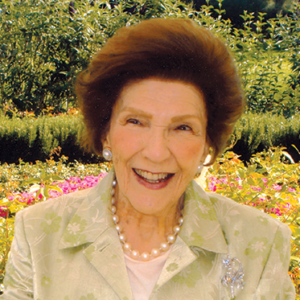 Born on May 29, 1916, Mako was a renowned interior designer and decorator for over 75 years. She was a student at Georgetown Visitation Preparatory School and graduate of New York School of Interior Design.

Church, daughter of Mae Blanche and Charles B. Church, married Wimbledon Doubles Champion Gene Mako in November 1941. They had no children but numerous godchildren, many of whom considered her mother and grandmother. Services and burial were held on May 22 at the San Fernando Mission.

Burroughs to hold celebration for ‘Schools to Watch’ designation