The city of West Hollywood honored first responders at its annual Public Safety Awards on May 13 in the city council chambers. 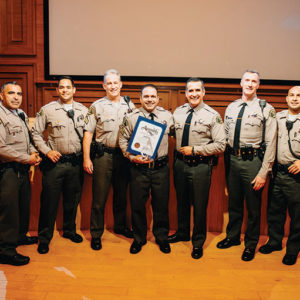 Each year, Public Safety Awards are given to individuals, groups and businesses that have made significant efforts towards enhancing public safety in the city. The honorees were Sheriff’s Deputy Todd Mohr, who received the Lt. James Farrell Deputy of the Year Award; Firefighter and Paramedic Benny Ramirez, recipient of Firefighter of the Year Award; and neighborhood watch captain Michael Carter, of the Ogden Owls neighborhood watch program, who received the Outstanding Contribution to Public Safety award.