In the Center Theatre Group’s 2019-20 season, which begins in September, winners of Pulitzers, Oscars, Tonys, Peabodys and other prestigious awards will bring their works to the stages of the Mark Taper Forum and Kirk Douglas Theatre. 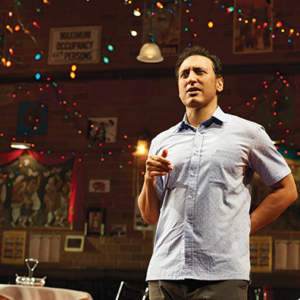 Together, the seasons offer a deep sampling of the best in modern American theater, including the continuation of Block Party, which celebrates the rich array of theatre produced every year in intimate theatres throughout Los Angeles, said Center Theatre Group Artistic Director Michael Ritchie.

“The 2019-20 seasons at the Taper and Douglas are stacked with great American stories and storytellers,” Ritchie said. “It is a collection of artists, some that we have worked with over the years, but many are new voices that are joining us for the first time.”

At the Mark Taper Forum, the 52nd season begins on Sept. 11 and includes the Pulitzer Prize-nominated “What the Constitution Means to Me,” as well as “The Antipodes” – an examination of the nature of storytelling ­– and “King James,” a look at LeBron James’ impact on Cleveland and the American fascination with sports figures.

“‘What the Constitution Means to Me’ … has taken New York by storm and was hailed as ‘the most important’ play currently on Broadway by The New York Times,” Ritchie said. “It’s a boundary-breaking piece of theatre that will have you seriously considering the Constitution in a radically new light.”

Taper subscribers will also receive tickets to one of two powerhouse shows recently announced at the Ahmanson – John Leguizamo in “Latin History for Morons” or Mike Birbiglia in “The New One.”

In the 16th season at the Kirk Douglas Theatre, Ritchie said, “we have more boldly personal stories and the continuation of a favorite program.”

The season, which begins on Sept. 13, includes the fourth annual Block Party: Celebrating Los Angeles Theatre, as well as “On Beckett,” where Bill Irwin explores his lifelong relationship with Samuel Beckett; “Until the Flood,” which centers on the community around Ferguson, Missouri following the shooting of Michael Brown; and “Sakina’s Restaurant,” a heartwarming one-man show by former “Daily Show” correspondent Aasif Mandvi that centers on an Indian immigrant’s search for the American dream.

“‘Sakina’s Restaurant’ was written 20 years ago, yet feels more urgent than ever,” Ritchie said.

For tickets and information, visit centertheatregroup.org or call (213)972-4444.

A heads-up for residents before parking headaches