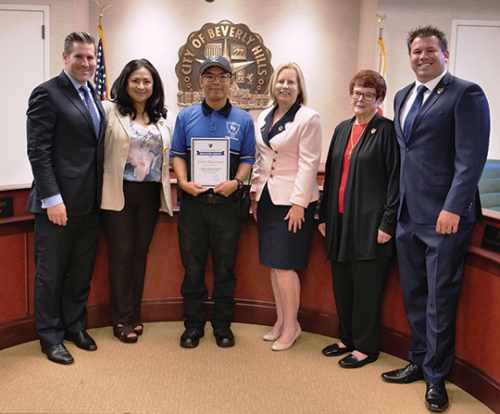 The Beverly Hills Human Relations Commission recognized Beverly Hills Ambassador Kevin Phantonam at its April 18 meeting for his honesty and persistence in finding the owner of a lost cell phone, credit cards and cash.

On March 8, Phantonam was on routine patrol when he noticed a cell phone, including a case that was also a wallet and in it were 3 credit cards, ID and $200. The following day, while he was on lunch, the phone ring. He answered it assuming it could be the owner. A brief dialogue was exchanged to confirm it was the owner. She picked up the phone, her credit cards and the $200. She was overjoyed.