All hail the mayor of Flavortown 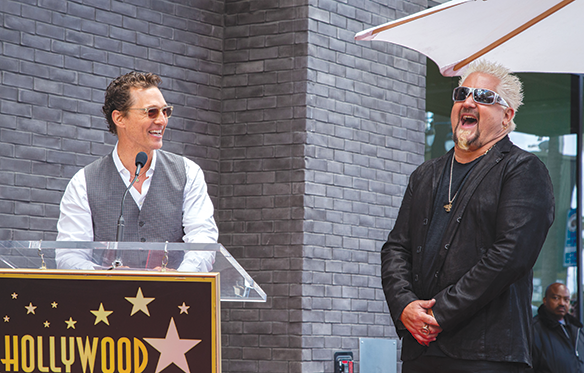 Chef and restauranteur Guy Fieri received a star on the Hollywood Walk of Fame on May 22. Fieri, host of the Emmy-nominated “Diners, Drive-ins and Dives” and other television shows on the Food Network, was honored in the television category with a star at 6201 Hollywood Blvd.

Fieri, who has also authored several books, was lauded by several speakers, including Academy Award-winning actor Matthew McConaughey; Kathleen Finch, who oversees the Food Network and other channels for Discovery; and the chef’s son, Hunter Fieri.

“To say that this is an honor and a highlight of my career would be a gross understatement … I’m pretty blown away,” Fieri said.

Gray has a good day on the Walk of Fame