The West Hollywood City Council approved a formal censure of Councilman John Duran during its April 1 meeting, following accusations of sexual harassment against him from Gay Men’s Chorus members. 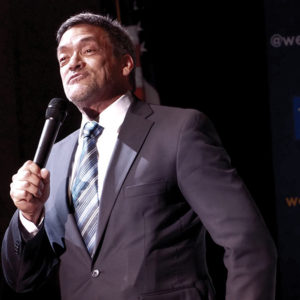 The censure cites Duran publicly shaming and making “derogatory remarks about the ethnicity and physical appearance of his accusers.” In an interview with WeHo Times two months ago, Duran called one of the accusers, Jason Tong, “a skinny Korean kid with pimples on his cheek.”

“Unfortunately I said something that was very derogatory and body-shaming of another individual that I shouldn’t have said,” Duran said on Monday night. “I apologize for that.”

In a series of accusations that emerged publicly in February, Tong said Duran once slid a hand inside Tong’s waistband. Another chorus member made a similar accusation, and another member, Joey Firoben, who has since left the chorus, said Duran made a sexually vulgar comment to him before a 2015 chorus performance. Duran has repeatedly denied any wrongdoing, except for making an offensive joke directed at Firoben, for which he said he apologized.

The censure also criticized Duran for suggesting “that there is a different standard of appropriate workplace behavior for gay men,” and for making comments “that trivialize alleged misconduct with a former employee that resulted in a settlement between the city and former employee.” Three years ago, the city of West Hollywood paid $500,000 to Ian Owens, a City Council deputy for Duran, following sexual harassment allegations against Duran from Owens.

On March 4, the council unanimously voted to restrict Duran’s city travel for one year, remove him from a council subcommittee that works on the Pride parade, and require the city manager to monitor Duran’s city emails and supervise his meetings with West Hollywood city staff. They were the first restrictions placed on a sitting council member since 1999, when then-Councilman Jeffrey Prang was accused of sexual harassment by a city employee at a Pride event in Portland.

‘Railfest’ returns to Fillmore on the last weekend of April