VINTAGE: Remembering those lost during the Holocaust 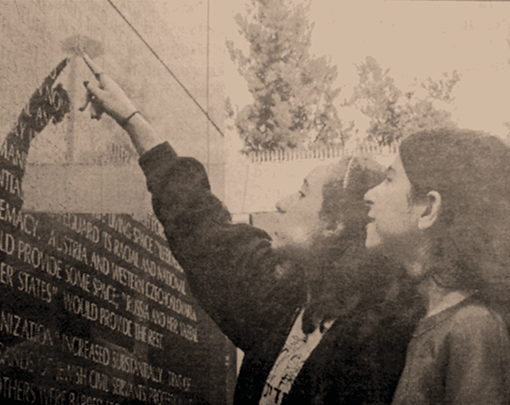 A photograph in the April 15, 1999, issue of the Park Labrea News and Beverly Press showed students from Kadima Hebrew Academy at the Los Angeles Holocaust Monument in Pan Pacific Park. The students were among a large group that visited the memorial in commemoration of Yom Hashoah, also known as Holocaust Remembrance Day. The monument pays homage to the victims of the Holocaust and is located next to the Los Angeles Museum of the Holocaust, which opened in 2010 in Pan Pacific Park and offers numerous educational opportunities, exhibits and programs. On Sunday, April 28, thousands are expected to gather near the memorial and museum in Pan Pacific Park for the annual Yom Hashoah observance, which will be held from 2 to 3:30 p.m. at 7600 Beverly Blvd.