Ranking this summer’s 15 most anticipated films after ‘Avengers: Endgame’

What happens after “Avengers: Endgame,” a film sure to surpass “Infinity War’s” $2 billion box office run? We all might feel stuck in a movie version of a show hole, but some options remain. Perhaps a glimmer of hope surrounds “Child’s Play” (June 21) for one simple reason: Mark Hamill will voice Chucky. Otherwise, the top 15 anticipated films this summer will evoke a unique blend of intrigue and indifference. Let’s begin.

It’s a Guy Ritchie film. Near 20 years ago, “Snatch” became an instant classic. Since then, a couple “Sherlock” films and a dull “King Arthur” provide no hope for this live-action adaptation of the Disney classic, putting aside how creepy Will Smith looks as the iconic Genie.

The chances of this zombie flick succeeding are rather slim, but the shameless number of familiar faces is worth noting: Bill Murray, Tilda Swinton, Selena Gomez, Adam Driver, Chloë Sevigny, Steve Buscemi and Danny Glover, along with musicians-turned-actors RZA, Tom Waits and Iggy Pop, whose zombie makeup looks spot on.

Dwayne Jonson and Jason Statham reprise their “Fast and Furious” roles in the first franchise spinoff, as these frenemies take down Idris Elba as Brixton, who sports a body-enhancing supersuit. So he’s a supervillain. This film series remained on an uphill stride until “The Fate of the Furious,” so we’ll see if “Hobbs and Shaw” returns the outlandish action films to ridiculous fun form.

A detective and his Uber driver embark on some hilarious hijinks. Dave Bautista and Kumail Nanjiani might just be a match made by the gods of comedy.

“Avengers” marks an ending of sorts. “Game of Thrones” premieres its series finale on May 19. The Skywalker arc of “Star Wars” concludes in December. Sure, throw 20th Century Fox’s “X-Men” saga in there too, now that Disney owns Fox and all those mutants sure to appear in the Marvel Cinematic Universe next. “Apocalypse” was a train wreck, but perhaps newbie director Simon Kinberg, who wrote three other “X-Men” films, can bring it all together with a little more emotion, cohesion and relevance.

“Iron Man” director Jon Favreau may never work with humans again, following the success of the live-action “Jungle Book,” due for a sequel in the next few years. In the meantime, he’ll likely succeed at bringing one of Disney’s most poetic animated features to CGI live-action.

Ryan Reynolds as the voice of a Pokémon character. This should be a terrible idea, but all the marketing material so far could prove to be the first real win for an American adaptation of a major Japanese media property. (See “Ghost in the Shell,” “Death Note,” “Dragonball: Evolution” for examples of flops.)

So the family estate and the official biographer of J.R.R. Tolkien, the god amongst men who wrote “The Lord of the Rings,” aren’t on board with this biopic. Perhaps that’s OK. Too many bios appease family and friends at the expense of a complex and lasting film. (See “Bohemian Rhapsody.”)

Wait, didn’t Spider-Man (Tom Holland) disappear when Thanos snapped his fingers? Doesn’t matter. He’s coming back. Maybe. Or he’s in another dimension. We’ll find out tomorrow. Regardless, he ends up on a European high school trip, earns a visit from new mentor Nick Fury (Samuel L. Jackson) and encounters classic villain Mysterio (Jake Gyllenhaal). This guy gets all the best villains, and he deserves them thanks to Holland’s amazing performance as Spidey. 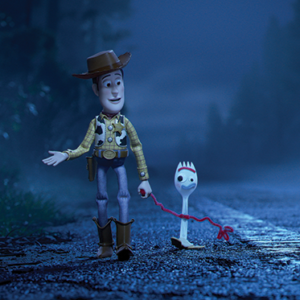 Certainly a new “Toy Story” is sure to evoke every possible emotional response under the sun with solid animation and clever writing. But another “Toy Story” simply means Pixar delays production on original projects. The world needs another film as refreshing as “Inside Out” more than a merchandise driver.

So “Men in Black” never really became a memorable property. But with Chris Hemsworth and Tessa Thompson joining forces once more, the planet has never been safer. And who didn’t root for them in “Thor: Ragnarok?”

Fun fact: 2014’s “Godzilla” and “Kong: Skull Island” are part of the same shared universe. Before those titans clash in a scheduled 2020 release, Godzilla confronts all the fan favorites: Mothra, Rodan and everyone’s favorite three-headed big bad King Ghidorah. This brings us one step closer to Mechagodzilla and then a “Pacific Rim” tie in (kinda joking, kinda OK with it).

Once Taron Egerton and Elton John shared the screen in “Kingsman: The Golden Circle,” something far more important was sure to follow. An Elton John biopic makes the most sense. Egerton looks the part and knows his way around a memorable performance, minus a couple cinematic misfires. 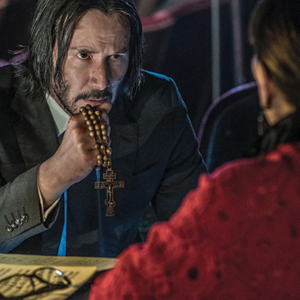 Keanu Reeves is amazing, and the “John Wick” series refuses to disappoint. On the outs with the Continental, the underground hitman community that once protected him, the boogeyman of assassins prepares to take on any who seek his demise. From legendary takedowns with a pencil to one sequence promising samurai sword action during a motorcycle chase, John Wick may outlive us all in an eternal revenge series that began with the death of Wick’s dog.

Walk the Purple Line with the kids