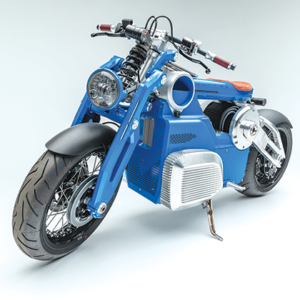 The Curtiss Motorcycle Company’s Zeus is one of the bikes on display in the new “Electric Revolution” exhibit. (photo courtesy of the Petersen Automotive Museum)

The new “Electric Revolution” exhibit will explore the history and current state of the e-bike industry with 21 groundbreaking examples from visionary custom builders and established manufacturers.

Zero-emission vehicles have become a prominent part of the driving landscape, and e-bikes are one of the fastest growing sectors of new tech transportation. “Electric Revolution” will assemble a dynamic mix of custom, prototype, racing and production electric motorcycles from CAKE, Neil Connolly, Curtiss Motorcycles, Alta Motors, Shiny Hammer, Blatant Moto, Joey Ruiter and more. American industry stalwart Harley-Davidson, which has underwritten this exhibit, will also provide three recent prototypes from their EV program, including the 2020 LiveWire.

Other bikes on display will include CAKE’s Kalk, Sweden’s innovative, light and stylish off-road e-bike that sold out its first run and has won design awards around the world; Neil Connolly’s STROM 36, which was the first-ever electric bike to be featured in the AMD World Championship Custom Show in 2015; and Curtiss Motorcycles’ Zeus, which was the company’s debut bike after re-branding in 2018. 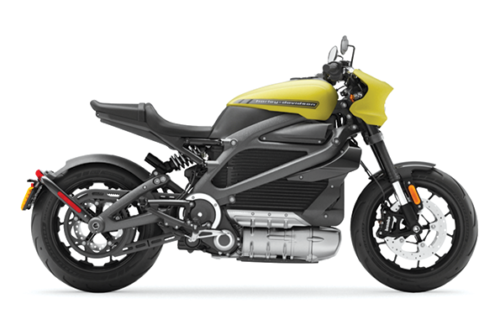 Visitors can see the new Harley-Davidson LiveWire in the new exhibit. (photo courtesy of the Petersen Automotive Museum)

“As the transportation industry moves toward electric-powered vehicles, it is our responsibility as a museum to accurately represent this progression with our exhibits,” said Petersen Automotive Museum Executive Director Terry L. Karges. “Because of the growing popularity of e-bikes, we felt it was the right time to debut ‘Electric Revolution’ and show our audience how these ultra-stylish and contemporary designs are pointing the way to the future.”

“Electric Revolution” will close in November. The Petersen Automotive Museum is located at 6060 Wilshire Blvd. For information, call (323)964-6331, or visit petersen.org.