Chill out with feathered friends in ‘Penguins’ at the El Capitan 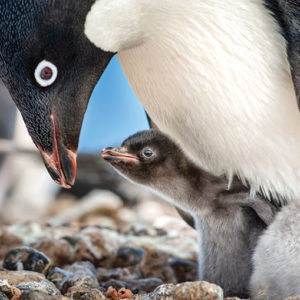 Disneynature, in its ongoing quest to bring the natural world to the big screen, presents its latest project to date, taking moviegoers to the far reaches of the icy Antarctic. Narrated by Ed Helms (“The Office,” “The Hangover” trilogy, “The Daily Show with John Stewart”), Disneynature’s “Penguins” is a coming-of-age story about an Adélie penguin named Steve who joins millions of fellow males in the icy Antarctic spring on a quest to build a nest, find a life partner and start a family. None of it comes easily, especially considering Steve is targeted by everything from killer whales to leopard seals.

“We commemorate Earth Day at this time of year with Disneynature’s ‘Penguins’ as well as celebrating 10 years of remarkable films, lasting conservation programs and the latest partnership with Wildlife Conservation Network,” said Ed Collins, general manager of the El Capitan Theatre.

The El Capitan Theatre is located at 6838 Hollywood Blvd. For information and tickets, visit elcapitantickets.com, or call (800)DISNEY6.  Special group rates for parties of 20 or more are available by calling (818)845-3110.