The city of Los Angeles is hosting a naming ceremony and street festival for President Barack Obama Boulevard on Saturday, May 4, from noon to 6 p.m. at the intersection of Rodeo Road and Martin Luther King Boulevard, next to the Dorsey High School football stadium. 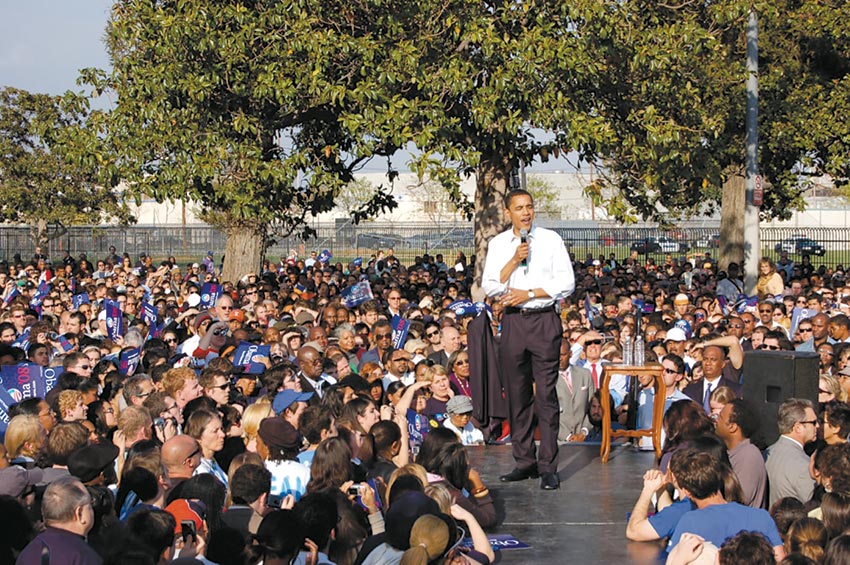 Then-Sen. Barack Obama appeared at a 2007 rally at Rancho Cienega Park, located near the road to be renamed Obama Boulevard on May 4. (photo by Edwin Folven)

The Los Angeles City Council approved a proposal by Wesson to name the 3.7-mile stretch of Rodeo Road between Jefferson Boulevard and Arlington Avenue as Obama Boulevard. The location is near Rancho Cienega Park, where then-Sen. Obama appeared at a rally prior to his being elected president.

The festival begins at noon, with the official naming ceremony at 5 p.m. The final musical artist will perform at 5:15 p.m. Admission is free.  For information and to register, visit obamafest.eventbrite.com.