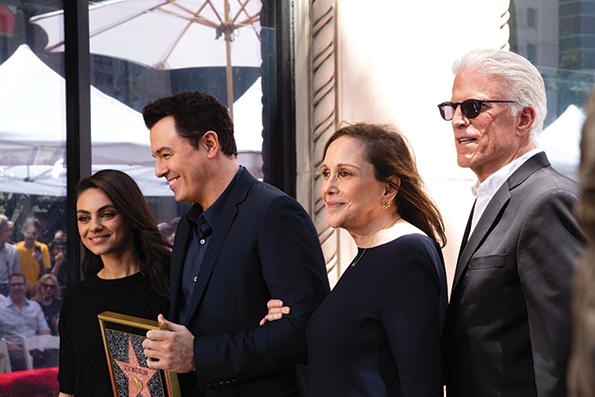 Mila Kunis, Seth MacFarlane, Ann Druyan and Ted Danson were on hand as MacFarlane was awarded a star on the Hollywood Walk of Fame on April 23. MacFarlane, creator of “Family Guy,” “American Dad” and “The Orville,” was honored in the television category. MacFarlane also directed and stars in the “Ted” series of films with Mark Wahlberg, as well as “A Million Ways to Die in the West,” which also starred Charlize Theron. In addition, MacFarlane is a singer, and his album “Music is Better Than Words” was nominated for four Grammy awards.

“I realize that I am privileged and humbled to take my place among a great many Hollywood notables whose names also adorn this Walk of Fame, Hollywood legends such as Donald Trump, Kevin Spacey, Michael Jackson and Bill Cosby, and I have to ask ‘Am I worthy?’ After all, the Hollywood Walk of Fame is truly the highest sidewalk-related honor a person can achieve,” MacFarlane joked.

Ranking this summer’s 15 most anticipated films after ‘Avengers: Endgame’