Dodgers to commemorate Robinson this weekend 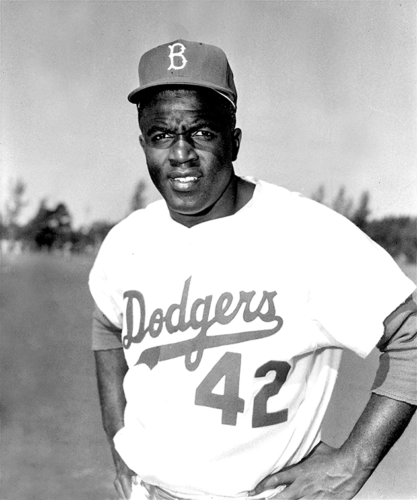 The Dodgers will host “Breaking Barriers: A Legacy of Jackie Robinson” on April 13, from 11 a.m. to 2 p.m. near the Jackie Robinson Statue in Lot B at Dodger Stadium. One hundred students from the BOSS Program will hear from Dodger manager Dave Roberts on Robinson’s impact, legacy and how it encouraged him to break barriers in his life. BOSS is a nonprofit whose mission is to leverage the power of sports to help student-athletes, especially those of color.

Jackie Robinson Day will be celebrated with special pregame ceremonies on Monday, April 15, the 72nd anniversary of Robinson breaking Major League Baseball’s color barrier. The team will give away a Jackie Robinson replica No. 42 jersey to the first 40,000 fans in attendance.

Per tradition each April 15, all Major League players and on-field personnel will wear Robinson’s number 42 on their uniforms.