Celebration of Iranian cinema premiers with ‘Tehran: City of Love’

The UCLA Film and Television Archive’s annual Celebration of Iranian Cinema, the first showcase for new Iranian films in the U.S., marks its milestone third decade with a program that illuminates the latest cinematic trends with comedies and outright satires as well as gripping dramas and documentaries that explore the complex realities of Iran’s contemporary moment and the difficult history that shaped it. 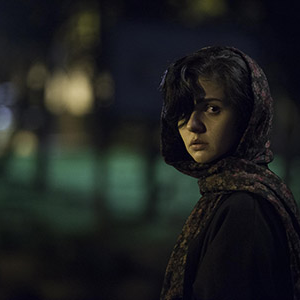 The event continues to be a platform for exciting new voices in cinema as well as a dialog to foster cultural understanding.

“Every year putting together the program for the UCLA Celebration of Iranian Cinema is a journey of discovery,” said Paul Malcolm, film programmer for the UCLA Film and Television Archive. “This year I’m not only excited about sharing every individual film with our audience, but I am also very happy at the range of subject matter and genres that are in the lineup this year, from family dramas to romantic comedies to the overtly political satire in ‘Sly.’ I think our audiences will be pleasantly surprised at what they will discover in this year’s selections.”

The celebration begins on April 27 with an opening reception and the Los Angeles premier of “Tehran: City of Love,” the second film by up-and-coming Iranian-Canadian filmmaker Ali Jaberansari.

General admission tickets are $10. For information, including a complete schedule, visit cinema.ucla.edu.