An expanded rebate program from the city of West Hollywood aims to put up to 200 more eyes, or more accurately lenses, on the street to increase public safety. 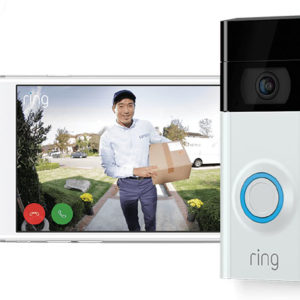 West Hollywood has expanded its Ring rebate program citywide, and approximately half of the 200 rebates remain. (photo courtesy of the city of West Hollywood)

Through WeHo Smart City Ring Rebate Pilot Program, residents can get a $100 rebate when they purchase certain products from Santa Monica-based Ring. Customers must meet the program’s criteria – they must be West Hollywood residents who have the authorization of the property owner to install a Ring device and they have to subscribe to a Ring video recording plan, among other requirements.

“Public safety is job one, and it starts at the front door,” Mayor John D’Amico said.

The program first launched last year, but it was limited to people who live in Eastside Neighborhood Watch areas. However, many of the residents either already had a Ring device or lived in apartments with existing security systems, said Kate Kigongo, the city’s innovation analyst.

Before the program was expanded citywide by a March 18 City Council consent agenda item, only 15 people applied for the systems, she said, but as of March 22, approximately half of the 200 rebates have been claimed.

Rick Hohman, commercial account manager with Tashman Home Center, said he thinks the rebate, which accounts for up to 50 percent for some of the devices, is a great reason for people to purchase the cameras, which can help prevent petty crime.

“My thought is, if they could get more [cameras] out on the street, it’d be a good thing, and I think the deal is a good deal. I’d like to see people coming in to see me about it because I’d like to sell them the Ring,” Hohman said.

Manny Rodriguez, who serves on the board of the West Hollywood West Residents Association, concurred and said it’s a great way for people to see what’s going on outside their houses, whether they’re home or not.

“If someone has bad intentions and they see this device or any other type of cameras, that could be enough of a deterrent for them to turn away,” he said.

In addition, the recordings could be used to help solve crimes. Rodriguez said he had a bike stolen from his backyard a couple of years ago, and with the Ring system he has set up now, he might have captured footage of the culprit.

“But I didn’t have it then. It was just a big surprise in the morning when I went to the backyard and saw no bike,” he said.

Though the Ring devices will be partially paid for by the city, the devices will still be privately owned and law enforcement won’t be able to access the footage without the owner’s permission, Kigongo said.

Even posting a video onto Ring’s Neighbors App won’t notify the police, though it will keep nearby residents appraised of what’s happening in their area.

“In order to get it in law enforcement’s hands, you’d still need to send it directly to the sheriff’s department,” Kigongo said.