The California Department of Education has named John Burroughs Middle School to the 2019 Schools to Watch list. 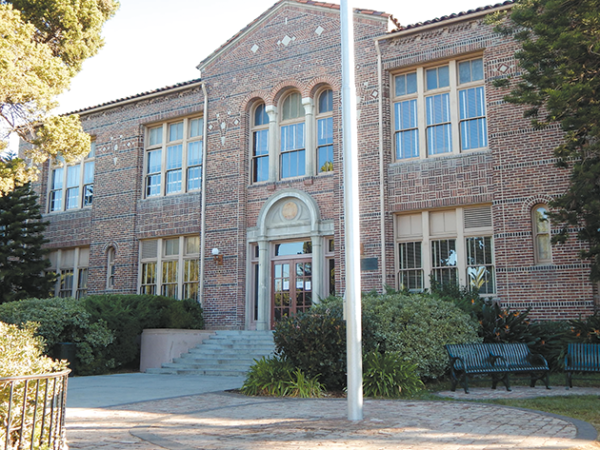 John Burroughs Middle School is the only LAUSD campus to be named to the state’s 2019 Schools to Watch list. (photo by Edwin Folven)

Burroughs was the only Los Angeles Unified School District campus to be named to the list. A celebration will be held at a future date. On Dec. 13, the department’s Schools to Watch site validation team, sponsored by the California League of Schools, visited John Burroughs Middle School to verify information submitted on an application about daily school operations.

“This distinction is given to high achieving, high need middle schools and allows for schools from all over California to observe and learn the strategies that Burroughs employs to ensure student achievement,” Principal Steve Martinez said.

Representatives from John Burroughs Middle School will attend the Excellence in Middle Grades conference in Sacramento on March 14, when the award will be presented. The designation adds to the campus’ growing list of accolades.

In 2017, Burroughs became a California Gold Ribbon School with a Title 1 Academic Achievement distinction. In 2018, it was named a National Magnet School of Excellence and was listed on the 2017-2018 California Honor Roll.

“Throughout my tenure as principal, my goal has been to lead John Burroughs Middle School to become a world class school of overall excellence,” Martinez added. “Together with the leadership team, the teacher leader cadre, faculty, students, parents, and with the support of strong community partnerships, we have achieved several milestones to that effect.”

“These middle schools make a great impact on students, and I want to thank the staff, administrators, teachers and parents at these schools for ensuring all students get the education they need to realize their potential,” Thurmond said. “These schools study and support students’ needs, which helps close achievement gaps and creates a better future for these young students.”