How in the Lego world is “The Lego Movie 2: The Second Part” not decimating all those non-Lego films at the box office? The year might be young, but the sophomore adventure of the legendary Master Builders, heroes with the special ability to turn their surroundings into amazing inventions, is the best film of 2019 thus far. Too bad a lackluster gross (and awards season’s disdain for originality) might prompt this one to go unnoticed. What a loss that would be. 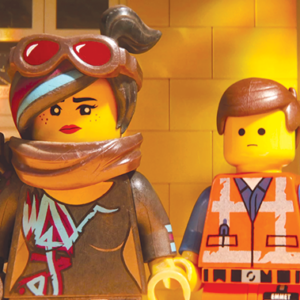 All the great characters from the first movie return, led by overly positive Emmet (Christ Pratt) and the muscle, Wildstyle (Elizabeth Banks). And the Lego Universe needs the pair’s combined strength, since an invading force of Duplos, designed for ages 18 months to 5 years old, enjoy destroying more than building any structure. (You might recall the previous film’s enduring focus on a father’s collectible Legos and a son who just wants to play and create with dear old dad; cut to now, sister’s entrance wreaks havoc on one boy’s idea of play.)

Picking up at the previous film’s cliffhanger, things go very wrong, hysterically wrong, and Lord Business (aka, dad; aka, the voice talents of Will Ferrell) just lets the onslaught arrive unchallenged. The universe quickly devolves into a Mad Max dystopia. For Emmet, however, everything is still awesome, even those “sewer babies” he creates. Batman (Will Arnett) adapts well, sporting a new outfit to match the desolate surroundings. Even Unikitty (Alison Brie) changes with the times, occasionally wearing her rage on the outside as an enormous saber-toothed version of herself, Ultrakatty.

While the universe faces regular attacks from those Duplo, someone new arrives. The masked General Mayhem (Stephanie Beatriz) captures the best warriors and takes them to her boss, fluidly shaped Queen Watevra Wa’Nabi (Tiffany Haddish). Take a moment and say the queen’s name again; it’s a clever joke.

Apparently, Emmett’s newfound builder abilities from the first film don’t last, and he remains behind, the sole hero to save everyone else, since the Justice League, including Aquaman (Jason Momoa basically hired to bellow his signature “woohoo”), and Marvel heroes are all busy. Luckily en route, Emmet encounters Rex Dangervest (also voiced by Pratt), a hilarious parody of Pratt’s entire career. He’s an Indiana Jones-style space explorer with a team of well-trainer raptors (just remember “script doctor”).

The clever story and consistent humor aren’t the best parts. Prepare yourself. Remember that insanely catchy song from “The Lego Movie” by Tegan and Sara, “Everything is Awesome?” Yes, a new song vies for control of your humming voice, and then another, and then another. That’s right: “Lego 2” is a musical, and every song drips with an alluring hook sure to annoy you for the next six months. One audacious attempt, “Catchy Song,” performed by T-Pain and That Girl Lay Lay, is simply the same line over and over: “This song’s gonna get stuck inside your head.” And yes, it will. And yes, it’s actually quite good. 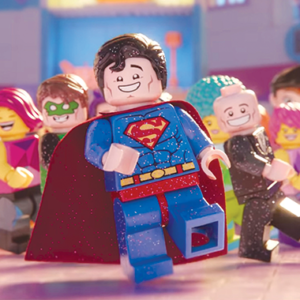 Something isn’t right with Superman, Green Lantern and others who went missing in the newest installment of the “Lego Movie” series. (photo courtesy of Warner Bros. Pictures)

In some ways, “Lego 2” surpasses its predecessors in laughs and the sheer number of pop culture Easter eggs. The emotional punch of the first is now expected based on the franchise’s rules (actions in the Lego universe represent something happening in a family’s life). But making those connections, guessing the payoff along the way, is half the fun. And the dialogue wonderfully telegraphs the payoff with an impending doomsday scenario dubbed “Armamageddon.”

The opening sequence of “Toy Story 3” is the franchise’s most clever moment, featuring all the toys interacting in a way that captures the beautifully free imagination of a child. The “Lego” movies capitalize on this concept to mostly successful ends (sorry “Ninjago,” you’re canceled). The sequel proves this franchise is not an accident but something worth continuing, something that can thrive even when original directors Chris Miller and Phil Lord (the masterful co-writer of “Spider-Man: Into the Spider-Verse”), who did write this one together, move on to other projects completely at some point.

“The Lego Movie 2: The Second Part” (gotta love that name) is the third hit in a smart franchise meant for adults, perhaps more so, and kids. Fast paced, written with care, it reminds us why Legos are the best toys and special fodder for amazing narratives.