Late filmmaker and painter to be honored

On Sunday, March 17, Filmforum will screen a variety of works by Peter Mays, who made films and paintings in Los Angeles since the 1960s and passed away the morning of March 4, in the first part of “Honoring Peter Mays, Los Angeles Treasure.” The second part will be March 31 at 7:30 p.m. 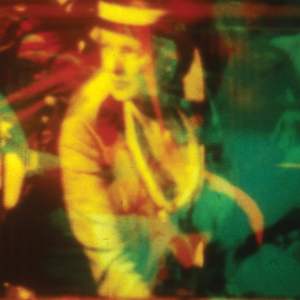 “Death of the Gorilla” will be shown March 17 during the first part of “Honoring Peter Mays, Los Angeles Treasure” at the Spielberg Theatre at the Egyptian. (photo courtesy the estate of Peter Mays/Los Angeles Filmforum)

Mays grew up in Los Angeles and attended UCLA, where he majored in painting and minored in mathematics.

Fascinated by what he read about underground films, he formed a screening society in the art department at UCLA, to which he brought Jack Smith and other figures of the New York underground films scene.  He made his first experimental film while in graduate school, for which he constructed a printer and developing tank.

Mays made several experimental shorts in 16mm in the middle 1960s.   Inspired by the emerging counter-culture, Mays directed a 16mm feature film, “Sister Midnight,” in 1967.  Influenced by Warhol’s “Chelsea Girls,” Mays’ movie made extensive use of intensely colored gels for lighting. It was structured as a mass dream.

During this time, the structuralist period in experimental film, he also made several long avant-garde films that gave greater weight to the sound track and meaning. Perhaps the most important is “Astral Man,” an investigation into the past shot in the 1960s but completed in 2000.

In the 21st century, Mays produced numerous digital shorts using the extensive effects available in After Effects and based on the artifacts and symbols of ancient civilizations and esoteric mystical traditions, including those of the Vikings, Egypt, Hinduism, Buddhism, alchemy, Tarot, Kabbalah and the works of Alistair Crowley.

The March 17 show, which begins at 7:30 p.m., will be curated by David Lebrun and Adam Hyman with readings from Peter Mays’s filmic autobiography “Mouse Enigma.”

Tickets are free but Filmforum requests attendees RSVP at petermays1.bpt.me.

The Spielberg Theatre at the Egyptian is located at 6712 Hollywood Blvd.

Costume, humor and movie with the whole megillah at Hollywood Temple